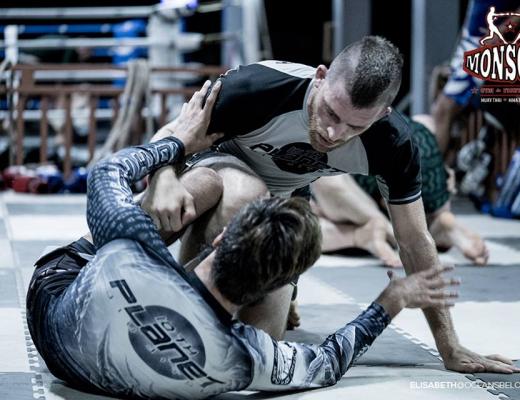 Whenever I’m in class, walking around looking at how people are executing something I’ve just demonstrated, I often notice something quite interesting. Regardless of how you set up technical practice, people usually choose one of two ways to train. They either focus on repeating a Jiu-Jitsu move on one side or alternate sides. This is actually very indicative of character, and certain people tend to choose a certain type of training. As I said before, there’s no right or wrong in BJJ, just easy, hard and dumb. So, in terms of training moves on both sides, is it a smart thing to do?

There’s no denying that there are certain techniques out there that we should all know how to execute bilaterally. In fact, most martial arts make it a point to have people be as good on one side, s they are on the other. But is it really necessary? What if you had a  completely different game on your left than on your right? Yes, it is possible to have a different Jiu-Jitsu move for every occasion and still be able to execute them with a high degree of success. It is all about how you approach training, and what your goals in Brazilian Jiu-Jitsu are.

Contents hide
Traditional Martial Arts Vs. BJJ
Can We Really Learn A Jiu-Jitsu Move Equally On Both Sides?
The Case For Variety
In Summary

I come from a traditional martial arts background (Judo and Karate) where rules play a huge role in training. In all, honesty rules are important, as they help maintain the necessary level of discipline for a successful and effective class. Yet, most martial arts still try and enforce rules that have been there since the inception of those arts. According to my opinion, this is not a very practical, or efficient way to train. 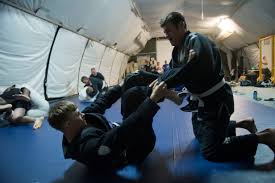 First of all, I do respect where martial arts come from. They have their roots and pay tribute to them, and that’s perfectly okay. However, living in Russia today, and Japan during the Samurai days, for example, are so different they could be like being on separate planets. SO how can you try and practice a martial art by following every possible ancient Japanese (or whatever origin) rule in a modern world? Certain principles and rules are timeless, I’ll give you that. But having to do things in a very tight frame does not help martial arts evolve and expand. In that sense, a lot of the traditional martial arts area still stuck in ancient times, while the world around them evolves. You can see my point.

In Brazilian Jiu-Jitsu, the approach to things is very different. There are still rules, and there are principles, of course, otherwise, it would be chaos. There’s also respect towards both the Japanese and Brazilian roots of the culture. However, when it comes to learning a Jiu-Jitsu move, there’s no one way set in stone for everyone to execute it. There are no two people alike, so why would there be universal ways of doing a martial arts technique? General mechanical principles are, of course, universal, but the small little nuances people figure out for themselves make them great at actually pulling the moves off live. The same goes for training a Jiu-Jitsu move on both sides – they’re different, so why should you force them to be the same?

Can We Really Learn A Jiu-Jitsu Move Equally On Both Sides?

A better question would be could we learn every Jiu-Jitsu move out there? I’d wager that you can’t. Well, if you try to learn every Jiu-Jitsu move you like doing on both sides, the number of moves just doubled! Can you train this way? Absolutely. But is it really effective in terms of progress? Even if you look at it from a competitor’s point of view, building a gameplan should be about more than just the ability to replicate a Jiu-Jitsu move both left and right.

Let’s look at writing as a great example. Most people in the world are either right or left hand dominant. Try writing with the arm that you don’t usually use for that task and see what happens. It’s not that you can’t, you just have to learn it all over again, and it will be more difficult than with your naturally dominant hand. Now think about what you can the arm that’s not dominant instead. You’ll see that you’re probably better at holding a fork, or balance or something with it. Whatever it is, it will not be writing. You get the point.

Thre’s no need to do anything in BJJ. Obey the mechanics and general principles, but modify everything to fit you. IF you want to do stuff ambidextrously than go ahead. However, at least try doing something else on the other side for a while, just as an experiment. The same holds true the other way around. If all you’re doing is trying different stuff, spend a month trying to do every Jiu-Jitsu move on both sides. That way, when you say you don’t like doing one or the other, you’ll at least know why you don’t like it.

The Case For Variety 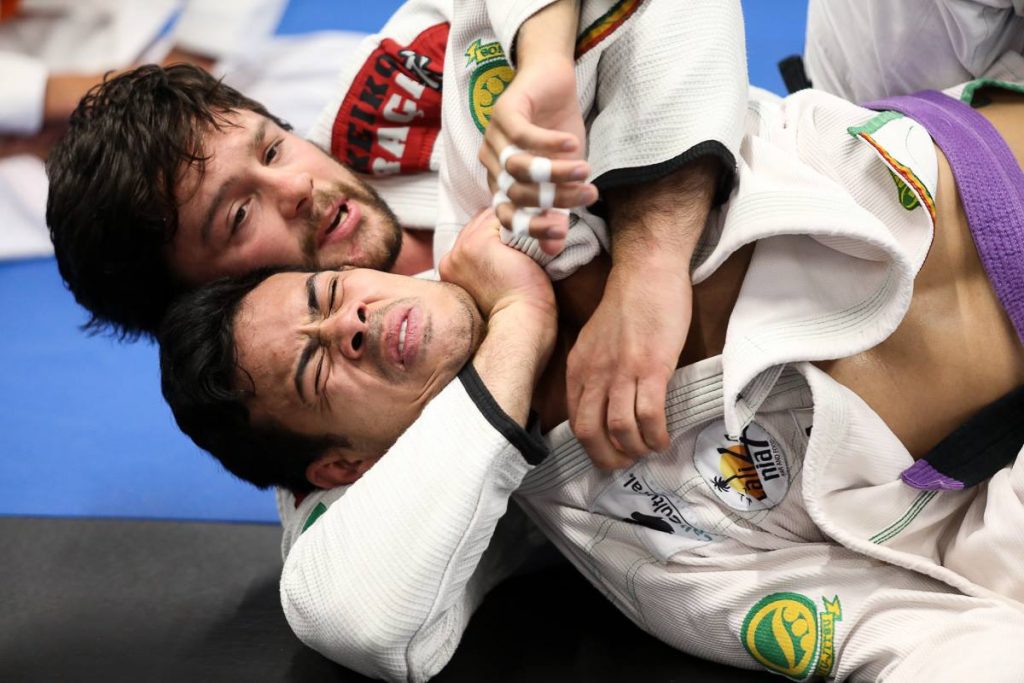 I think the best way to advertise the need for variety in BJJ is with practical examples. Until a short while ago, people thought they only had one way of choking form the back – by having the choking arm on the bottom. Conversely, most of us trained both sies to be able to get submissions .then, Danaher came along, bringing about the concept of regardless of where your arm is. Now, the back mount is more versatile and dangerous than ever, simply because there are different attacks on different sides. No need to transition in order to get a submission.

Another example I really love using is passing the legs. Guard players tend to have impressive recovery skills and impeccable timing. That means you’ll often have to change passes, and/or side in the middle of passing. A great example is a knee slice. Once that fails, because an opponent prevents the knee from slicing through, why not go for a staple pass on the other side instead? And if that fails, you’ll have a single underhook pass on the other side. Better than trying to just knee slice your way through on both sides, wouldn’t you agree?

The final example is that of blending sweeps and submissions. Let’s use the X guard as an example. Any sweep attempt will have your opponent scrambling for balance. The thing is, in the X guard, they can actually find balance quite easily. However, they’ll have to move their legs, meaning they’ll open up leg lock attacks on the opposite side more often than not. And the best part is that it works vice versa too, with leg locks leading to opposite side sweeps or leg locks of a different kind.

BJJ should be fun. If it’s not fun, then why would you do it? That said, exploring and innovating is a surefire way of having fun while you’re rolling. I get that competitors like to drill stuff over and over again until they’re perfect, but why not be perfect at variety rather than just mirroring attacks? There’s a case to be made for both, but doing different stuff is simply more fun!