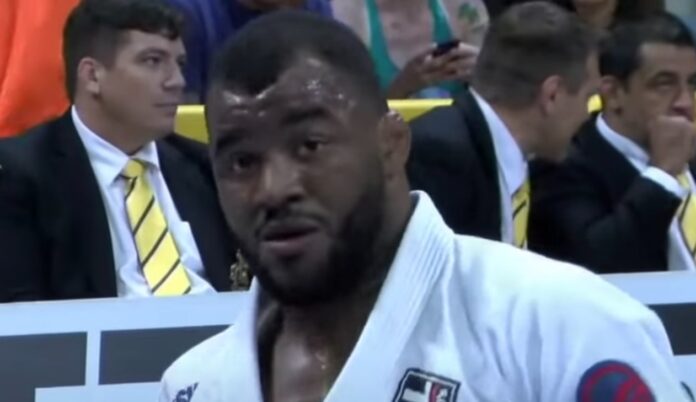 The case of Jackson Sousa and the allegations against him about sexual harassment was quite public, as it stunned the BJJ world with yet another case of sexual harassment that went viral (justifiably so) in 2021. The outcome of the investigation that followed, as per UKBJJA and the Independent Committee is that Sousa is innocent.

Jackson Sousa, a Checkmate black belt based out of London, was accused of sexual harassment by fellow black belt and Checkmate competitor Samantha Cook. The accusations came in the second part of 2021 and were quickly piled upon by other women who claimed to have had a similar unwanted experience at the hands of Jackson Sousa.

The public case drew even more attention when it became clear that there were other allegations against Sousa in the past, namely in 2018, when he supposedly sent explicit messages to female grapplers in Germany.

A disciplinary committee in London found Jackosn Sousa to be not guilty in November of 2021, according to a statement made by his lawyer. Last month, the UKBJJA, the governing body of BJJ in the UK, also cleared Sousa of any wrongdoing on the matter.

“Last year, false claims by some individuals on social media resulted in my suspension from the team (CheckMat) and the loss of all my income, affiliations and sponsorships. I have been advised by my legal team not to get involved in the “social media court” and “social media circus”. Instead, I fully cooperated with all investigations to clear my name” stated Jackson Sousa for TATAME.

The 32-year-old added that the past year has not been easy at all for him:

“It was hard to be silent for so long and not be able to speak my truth. Not only were the allegations false, but I was also subjected to hundreds of offensive, racist comments and received death threats. I was shocked to see how many in the Jiu-Jitsu community participated in an online cancel culture, without allowing the facts to come to light through formal investigations.”

Cases of sexual harassment are unfortunately not as rare as we’d want them to be in the BJJ community. Oftentimes, coaches, instructors, and gym owners, who are seen as figures of power, take advantage of their position, creating trauma in individualism and a very negative image of the sport.

Everyone should be welcome on the mats, and respect goes both ways, regardless of gender, age, religious beliefs, or any other individually defining characteristic of either grappler.

After all, investigations were over, there are now no lawsuits against Jackson Sousa at the moment.