What was your first BJJ class like? For most people out there, it was probably an introduction to closed guard, perhaps followed by a sweep or two and maybe an armbar setup. That is if you got the chance to go through an opening/intro class. For most, it was going and “learning” whatever people are doing, and then get killed in rolls. There are a hundred reasons why both these approaches are sub-optimal, but that’s not the subject today. The subject is a move we take so much for granted in Jiu-Jitsu, we use it in warm-ups and tell new people you can’t do without it. I’m talking about the BJJ Shrimp movement, and the flawed philosophy that it is an extremely important and foundational part of Jiu-Jitsu.

How much attention have you dedicated to actually mastering the BJJ shrimp escape? I guess apart from those warm-up drills you haven’t really given it much thought. Most people haven’t. The thing with shrimping is that it is really all present in Jiu-Jitsu, But that is just one aspect of it. the second is that while it is all-present, it is used sub-optimally and incorrectly most of the time. In fact, even when used correctly, shrimping won’t really help you too much. So how can we call it a fundamental move?

The BJJ Shrimp – A Movement Present In Every BJJ Escape

One thing that took me 8 years to realize is that the BJJ shrimp motion is actually something that is present in almost all of the most utilized defensive motions in Jiu-Jitsu. If you do a careful analysis ti si not just the several ways of shrimps (AKA hip escapes) that are the foundation of escapes in Jiu-Jitsu.

Take a look at most other defensive BJJ movements, like technical stand-up and bridging. If you take a careful look at both you’ll notice that escaping the hip, or shirmping, is the essential movement yet again, only done in different planes of motion and not so emphasized as when we’re doing the actual shrimping BJJ escape. With the technical stand up it is pretty much obvious, while with the bridge, it is the rotational nature of the move that introduces a shrimping component – without it, the bridge will only go up and down.

Going more in-depth with our analysis of the shrimp, it is obvious that even when new do not use it fully, we tend to position our bodies so that they eventually end up leading to the shrimping motion. Just think of side control escapes. Everything you do with your head, arms, and legs have to do with taking you into a shrimp variation. This is the perfect spot for me to introduce the key question in this article – why do we do this? 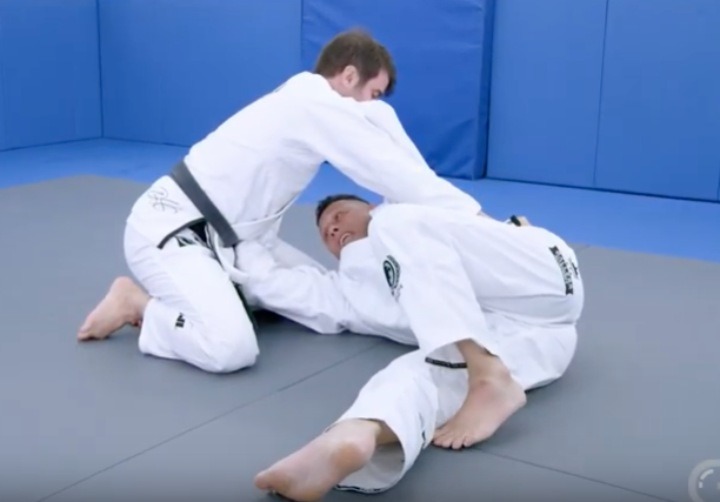 The Flaws Of The BJJ Shrimp Escape

The basic idea behind the BJJ shrimp escape is that it will create space so that you can apply follow-up movements in order to get out of a bad position. Very often people teach the shrimp in the sense that when you can’t push off someone off of you, you can push yourself away from them. That is correct, but it also implies that the person you’re pushing away from will stay still until you achieve your goal. Unfortunately, things are not so easy when you’re grappling with someone.

The theory that creating space is the best way to execute a BJJ escape is inherently flawed. While it is logical, and it probably was a solid concept back when BJJ was in its infancy. however, nowadays, with the way the sport has evolved, simply creating space will not help you get out of a tight spot. In fact, it may get you into more trouble, which is exactly why over-relying on the BJJ shrimp escape is a great way to end up in a worse spot than the one you started in.

Let me use side control as an example – most people think they will escape from side control but getting their hips away from the opponent. Let me tell you what you are offering to a seasoned submission hunter when doing this – both your legs for leg locks and your head, for chokes. Not to mention extending your arms that star working as levers for the top person to transition all around you and on top of you and punish you for shrimping.

The situation with guard retention is similar, given that experienced grapplers, will enjoy you removing the hips from the equation by shrimping so that they can pass more easily.

Escape To The Future

Thinking progressively is something that is scarce among BJJ practitioners. For people in evolved in a sport that is constantly evolving people are acting as if they are practicing Kung Fu in the 90s, afraid to offend the dead forefathers by saying some of the moves are inefficient. that, in itself, is inefficient, which is where one of the major paradoxes of modern BJJ lies.

Let’s explore some alternatives to the  BJJ shrimp escape. If you are dead set on creating space, at least make sure you do so in a meaningful way. Why not look into sitting up, or even more “radically”, standing up in just about every situation where you feel the BJJ shrimp escape is your go-to move? You will be surprised at how different things will start turning out.

In simpler and more relatable terms for most people out there, why not think about protecting your inside space instead of trying to get parts of it away from the opponent? The answer is simple – turtle up. instead of trying to shrimp away, focus on turning towards the ground and turtling up. Once again, the results will surprise you if you are a fan of hip escapes.

A couple of “crazy” ideas, at least at this time, are not to think about creating space at all. Why not try and connect to your opponent as much as possible? If you are the heavier grappler, getting closer means your mass and that of your opponent will move as one. IF you make up more of the total mass, you’re the one deciding where you will both move.

There is also the “most radical” way of thinking, along with the ways of actually staying completely still. The baby bridge posture is one example of this. 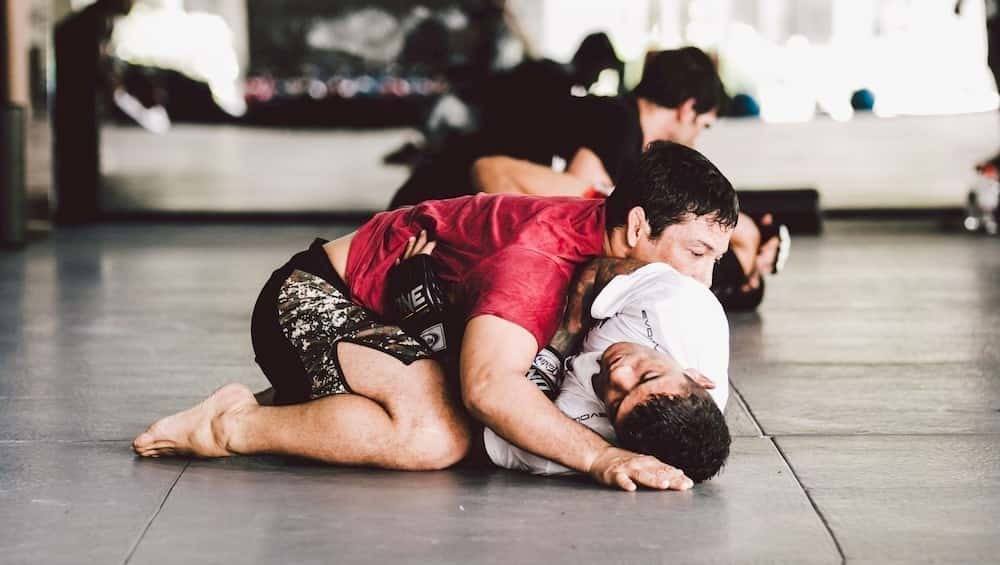 There’s no fault at using the BJJ shrimp escape from time to time. to claim that tit si completely useless after all the evidence on the contrary, would be acting exactly as those swearing by it. It has its uses, but they are limited and not nearly as effective as people think. Until now, people did not really look for alternative ways to escape, which is why we stuck with it. It is all changing now, though, and the future of BJJ does not include nearly as much shrimping!