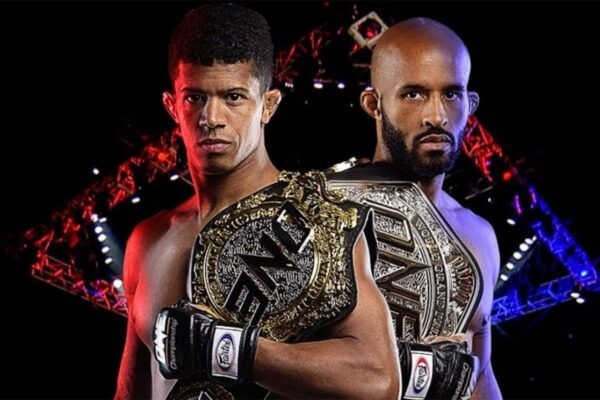 Brazilian Jiu-jitsu brown belt Demetrious Johnson lost his bid to win the ONE flyweight title last weekend. The 34-year-old American pulled off the first suplex to armbar submission in the UFC but was knocked out by 31-year-old Adriano Moraes in the second round of their title fight. The fight was the main event for the company’s first-ever live televised show in the US.

After an uneventful first round, the action picked up in the second, with Johnson looking to get inside more and engage with Moraes. The reigning ONE champ, however, wobbled a charging Johnson with a short right uppercut, before finishing the ex-UFC champion with hammer fists and knee strikes 2 minutes and 24 seconds into the round.

The loss came as a shock, not only because Johnson was the favorite, but more so because of how he fared in the cage. Mighty Mouse simply could not do anything against his taller, rangier opponent, who used his reach and height advantage to keep Johnson at bay. DJ looked flustered and he was swinging wildly and almost desperately by the halfway mark of round 2 — until Moraes clipped him with a perfectly placed right hook.

Between Johnson’s uninspiring performance and advancing age, it’s natural to wonder: Does he have anything left in the tank?

The answer is, probably.

Prior to his shock loss to Moraes, Johnson had been 3-0 in ONE and was coming off a unanimous decision victory over Danny Kingad. Johnson dominated the fight, repeatedly taking down the Filipino, and nearly catching him in a kimura in the very first round. Johnson also hurt Kingad with several knees to the head — illegal in the UFC but permitted in ONE — in a dominant third round.

That fight, however, took place in October 2019; meaning, Johnson had been inactive for 18 months. And as Conor McGregor pointed out after his own shock loss to Dustin Poirier early this year, it can be difficult to overcome inactivity and ring rust. This was probably the case for Johnson too, whose timing looked off against Moraes. It certainly didn’t help that his welcome back fight was against someone (a 5-8 flyweight), whose physical advantages presented Johnson a difficult puzzle to solve.

DJ Will Likely Bounce Back

Despite the loss, Johnson is still ONE’s most recognizable name. He first left an indelible mark in the UFC as arguably the greatest ever flyweight, with a near-record-setting title reign. According to Bwin, Johnson owns the second-longest reign as a UFC champion, holding the belt for nearly 6 years, or 2,142 days to be exact. He trails only Anderson Silva, a BJJ black belt regarded as the greatest of all time, and is ahead of George St-Pierre, another BJJ black belt considered as one of MMA’s best.

Such pedigree points to Johnson bouncing back. Age probably won’t be a hindrance, as Mighty Mouse is only 34 — younger than ONE champion Brandon Vera (43), Aung La Nsang (35), Bibiano Fernandes (41), and Thanh Le (35). And DJ is already looking forward, vowing to rewatch the fight, pinpoint his mistakes, and perform better next time.

The next time DJ steps in the cage will probably be a rematch with Moraes, as ONE has so far kept Johnson number 1 in its flyweight division rankings. At number 2 is Kingad, who has lost to both Johnson and Moraes, while Kairat Akhmetov is at number 3, and he has lost twice to the champion.

Moraes-Johnson 2 makes the most sense, especially given DJ’s status as a global superstar. In case the rematch is booked, don’t be surprised if Johnson avenges his shock loss to Moraes — setting up a possible trilogy.