Training Jiu-Jitsu is always connected with a lot of talk about respect, loyalty, and teams. Of course, respect is absolutely essential in a sport where we play with other people’s bodies. however, all the loyalty talk can often be misplaced and lead to some very stupid practices. One such everyday example is cross-training at different BJJ Gyms. In other sports, like MMA or Muay Thai, for example, this is not really a big thing. Training in different places actually makes a lot of sense. Team allegiance when in a tournament is great, and a completely different subject. We’ll touch on that briefly later on. Still, training at multiple BJJ academies is very likely to get you branded a “persona non grata”, or in BJJ terms, a “creonte”.

Open am ap in front of you, place a finger anywhere in the world, and you’re likely to find a BJJ academy in the near vicinity. Jiu-Jitsu has taken over the world, and we wouldn’t have it any other way. In fact, where there’s one, you’re very likely to find two or more academies as well. Since most academies follow a similar structure, they all have an open mat day. At open mats, people from different BJJ gyms might end up training at the same spot. And it is most often not a big deal if a little frowned upon. So why is training in a regular class, at more than one neighboring BJJ academy such a drama then? DO you really think you’ll steal people’s secrets, or reveal your own, in just a few classes? Better yet, what secrets???

BJJ is original in many aspects. As a martial art, it was something never before seen and it continues to evolve each day. It is also famous for the friendly attitude most people have towards each other, even when they’re competing. It also has its nuisances as well, the phenomenon of creonteism being one of them. What Creonte is, is basically a slur for a traitor. One of the surefire ways to get this brand is by indulging in training at a neighboring gym, or, god forbid, switching gyms after even a short while.

The Creonte way of thinking is actually very dumb when you come to think about it. Let’s use traveling as an example. If you decide to travel to another town or a nearby state for that matter, training somewhere is going to be all good. It may even be encouraged. However, doing the very same thing in your town or city might make you public enemy number one. Of, course most of this is down to the instructors and Academy policy, but it is not a rare occurrence. Quite the contrary, unfortunately. 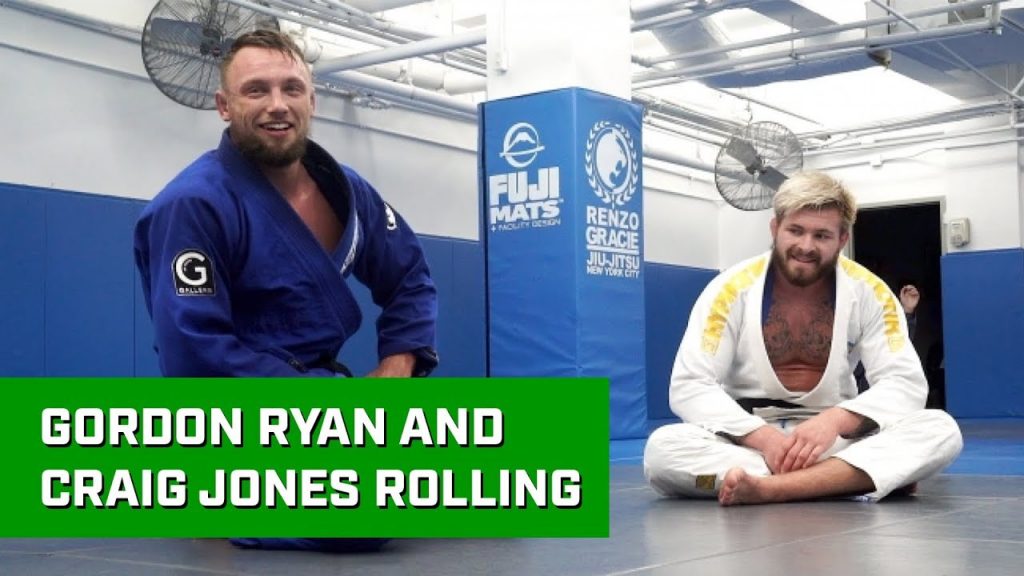 Reasons, why this practice is stupid, are multifold. One example is that you’re most likely going to be competing against guys/girls from neighboring towns and states quite often as well. Still, if you train there while traveling for work for a couple of weeks is ok, but visiting a couple of classes in an academy near you isn’t. Doesn’t make much sense, does it? And, if that’s not enough, let’s look at world-class grapplers. Gordon Ryan and Craig Jones went toe to toe so many times, yet Craig is always welcome at Renzo’s. Examples like this are too many to count among professional grapplers.

Training at different BJJ gyms is something that comes naturally to people. Imagine having a couple of academies about 30 minutes apart. If you are in a gym that doesn’t have training every day 9most don’t), you now have a chance to train every day. All it takes is to get to the other spot and keep training. Normally, if you can allow yourself to do so from a financial perspective.

Training in different BJJ gyms actually has a lot of benefits, and next to no drawbacks. Apart from the creonte bull and some instructors’ ego trips. Be warned that a heavy cult organization of a BJJ academy is one of the tell-tale signs of a McDojo. Other than that there’s only the competition conundrum, which we’ll discuss later. For now, let’s look at some great benefits cross-training can bring to your Jiu-Jitsu.

BJJ Globetrotters area community that has to cross-train down to a science. they are open to everyone, from any gym, and hold some of the best training camps in the world! One of their stand-out black belts is Priit Mihkelson, an Estonian grappling magician when it comes to practical BJJ. Check out his “Grilled Chicken guard retention System” DVD set is a unique way of making sure your guard will never get passed!

First of all, training at a certain BJJ academy is usually connected to style. If you are a competitor, in particular, you’re most likely drilling and working n your instructor’s style. this is logical since the instructors can explain their BJJ style much better than other styles. As effective as this might be, learning different grappling philosophies is never going to hurt. This is where visiting other BJJ gyms comes into play.

If you have access to two, or even better, three or more BJJ gyms, and you can afford to train at all, you’re going to build one hell of a grappling style. The influence of different instructors is a great way to discover your own personal direction. plus, it makes training so much more fun! 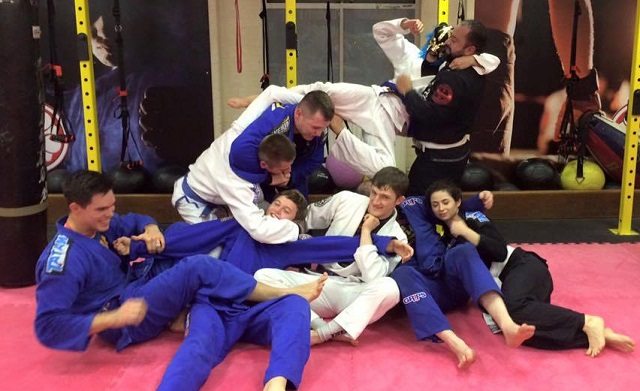 The bonds built in a Jiu-Jitsu academy are often really strong and end up in friends for life. People in BJJ gyms are usually outgoing and love to interact, especially on the mats. You won’t just get more training partners, but also people you can be friends with. it is not rare that people will follow you back to your academy for a class or two, building a great local BJJ community. If we’re truly like to “hang loose” as we try to show every time we throw the Shaka sign, we need to look forward to training with other people from different gyms as opposed to acting like we have the ultimate BJJ secret that other “clans” must never find out.

This one is of incredible value to anyone looking to improve in Jiu-Jitsu. you do not have to be a competitor if you want to learn BJJ, you need as many different partners as you can get. the trouble with training at one spot only is that you get to know everyone’s game and you know how to act against different partners. Going to a different BJJ gym usually means encountering very different types of Jiu-jitsu games. For example, there might not be a deep Half Guard aficionado at your gym, but a neighboring one might have a couple of them. It’ll do you a world of good to train with as many people as possible.

Getting Over Mental Obstacles

This is also a huge one. mentally speaking, training at different gyms is going to benefit you in many ways. Two major ones include overcoming the fear of working with people you’re not familiar with. If you compete, you need this kind of experience. Secondly, you need to be able to overcome plateaus. Sometimes, you need the guidance of people with a different viewpoint or different training partners. We all hit plateaus in Jiu-Jitsu. The more advanced we are, the more we’re going to run into different types of plateaus.

Cross-training brings a type of diversity that benefits your mental approach to BJ jas much as it does with your physical and technical. It often feels like pressing “refresh” on your mind, even if you visit other academies for just a class or two.

The one thing that might confuse you is what to do when competition time comes. If you regularly cross-train at few different BJJ gyms, which one are you going to represent at the tournament? This is a valid question and the answer is simple. Cross-training doesn’t mean training at all the gyms at all times. It is virtually impossible to do so anyway. You need to have a “base” academy, which is most often the one you’ve learned your fundamentals at. As long as your instructor is ok with it (and they should be) occasional visits to other academies should not be a problem.

One more thing you need to consider is letting instructors know which your base academy is. Some might not be too open t having you in their class from time to time. That’s okay, as you should look for the ones that are open anyway. After all, you won’t steal their secrets or copy their style just by visiting for a few classes. Your benefits are in polishing your own game and opening a door of friendship for your local BJJ community.

ALL in all, occasional visits to other BJJ gyms’ open mats are a great way to improve your BJJ. Visiting their regular classes is an even better option. Try to accumulate as much knowledge as you can from as many different places as possible. BJJ is all about evolution and the more information you have, the more you can develop your own and contribute to the sport in general. And, if you’re in a tight spot because of some antiquated ideas about creonteism, make sure that you can at least visit the occasional neighboring open mat. Or, go for private classes.

Background Checks for Every BJJ Student