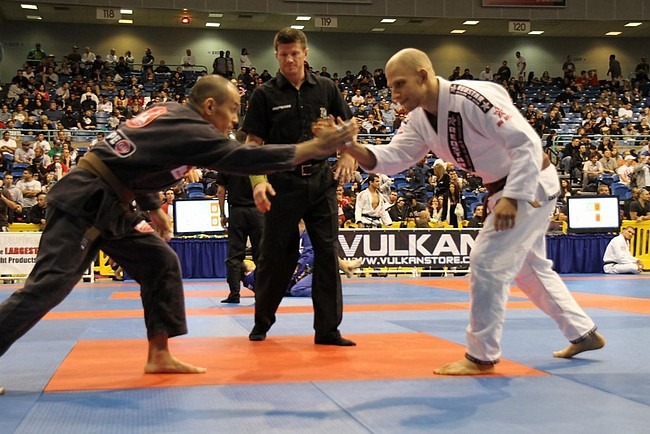 Train until your idols become your rivals! And then, beat them! Sounds good, right? Well, you certainly have a lot of work to get there. the good thing in BJJ is, that once you get a black belt, if you compete a lot, at one point or another, you’ll get the chance to face off against one of your idols or a legend in the sport. The only question is, how will your BJJ competition mindset be in such a situation?

If you’ve competed in Jiu-Jitsu, you knew that your mind can completely make or break your performance on the mats. I’m not talking about the first time you go to a tournament, as that is simply a moment where you will have to experience the chaos in order to understand what it is like. Every tournament that follows, though, especially if you compete a lot will require you to develop creating a BJJ competition mindset, if you want to perform to the best of your abilities in every match, regardless of opponent.

It Is All In Your Head

Why do you compete in the first place? There are as many competition goals as there are people, but the usual ones include competing to learn, competing for medals, looking to build a professional career, or just having fun. Well, with your goal in mind you’ll have to think about the motivation that drives you to show up on a given day and competes against other people. the way you think about things both before, during, and after a tournament will greatly influence how well you’re able to perform. 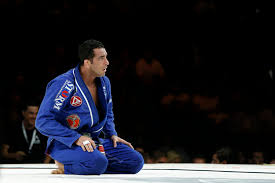 First of all, you can’t be afraid to lose. If there’s one universal aspect of a BJJ competition mindset everyone needs to develop it is that losing comes guaranteed. It may happen now, it may happen at every tournament, or it may happen in a decade. One thing is for certain – you will lose in BJJ. Moreover, you “lose” every time you train and roll, be it a tap or losing position, etc. If you train your mind to accept defeat, you’ll actually be able to win a lot more matches and perform miles better.

When you find yourself at a tournament, questions about how you’ll perform, whether or not opponents are better than you, and similar stuff will flood your mind. that is ok, and those thoughts will always be present. But they can only affect you as much as you let them to. Instead of falling prey to doubt and being scared of people you haven’t even met, why not have fun, approach everything in a loose and happy manner and make others afraid of you?

The questions that plague people’s minds usually have to do with uncertainty in their own abilities, and in giving opponents credit and abilities they most likely don’t deserve. Even if you are up against a very seasoned competitor, of every belt level, so what? It just means you get the chance to compete again some really, really good and test your stuff out. Thes no need to show respect to people that stand across you on the mats, apart from the mandatory BJJ etiquette, of course.

The respect I’m talking about is the one in regard to their abilities. So they’ve been competing long, have a great gameplan, and are shared to beat. So what? If you don’t try, you’ll lose anyway. You might as well get excited that you have the chance to go against someone that is really good, and try and figure out to beat them. The reason you can is that you’re good as well, and perhaps even better, but your BJJ competition mindset might be holding you back! 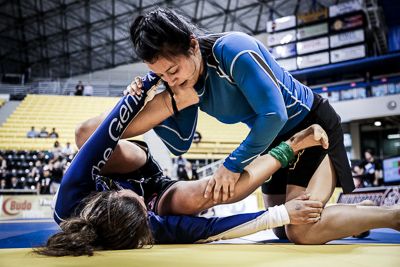 Whenever you’re at a tournament, do not place pressure on yourself, and certainly don’t let others put it on you. If you can, do not even research your opponents and what they have accomplished. Just go ing there, slap and bump, no pressure, excited about the opportunity to test out your skills. If you’re dominating – great. If you’re not – a great chance to test out escapes and defensive strategies. As you can see it is all about the way you look at things. Simply enjoy and learn.

How do you develop a BJJ competition mindset that will help you improve with every tournament you go to, without having to care about results? The secret is in the Japanese principle of Kaizen.

Kaizen is a philosophy that dictates continuous change for the better. it simply means a constant improvement in every aspect of life or a highly specific one. It is the “get better every day” philosophy most of us have heard about. Basically, it is all about making slow, but constant progress, rather than looking to make huge leaps forward. Small steps will let you there,  one small thing at a time works is a huge leap in itself.

When it comes to your BJJ competition mindset, Kaizen is in how you think not just before and during a tournament, but after it as well. That is where you learn the most, from the experiences you already had. So, watch your fights, analyze what you did, but also factor in how you felt at the moment, what you thought, what you’d like to change…

Luckily, in BJJ we have rolling as the best practical experiments laboratory. Everything you want to improve from a tournament experience, you’ll try out and polish when rolling. But that doesn’t just include the technical and tactical stuff. You also have to work on your mindset and emotional state as well.

Competing in BJJ never going to be easy, physically, and mentally. However, the challenge and uncertainty are what make it fun and appealing! Simply give it your all, and don’t great about results before you even arrive at the venue. Instead, let your mind enjoy every moment leading up to it, and then, switch on your BJJ competition mindset of curiosity to learn and excitement to perform, and let all other stuff fade in the background.