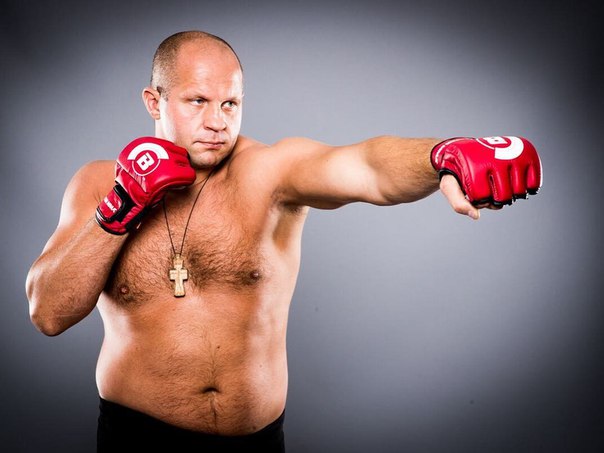 The dad bod. Something nobody likes to have until they do. That’s when people get proud of it and wear it as a badge of honor, even. There are many versions of the dad bod out there, but one thing is for certain – it doesn’t exactly scream “fitness”. However, we see that many fighters, whether grapplers or MMA, do have dad bods, and seem to be having no performance issues with it. So, could the dad bod be the perfect BJJ physique?

We all envision fighters to have chiseled out, sculpture-like physiques, and amazing performance on top of that. Look at a UFC event and you’ll probably see what people are after. The thing most don’t realize is that fighters might look like Greek gods for just a couple of days. They most definitely can’t maintain such a physique year-round. Moreover, the “Men’s Health” look actually decreases performance when it comes to fighting/grappling. If that is the case, then what would be a BJJ physique worth having?

The Types Of Dad Bods

First of all, a key distinction. A dad bod that a fighter/grappler has, is going to be much different than the dad bod someone that ‘s not doing any physical activity and probably works in front of a screen, eating junk food. We’ll be talking about the BJJ physique many refer to as a dad bod, where you do “loosen it up” a bit around the middle, but are still in shape. It may actually be prime shape too! 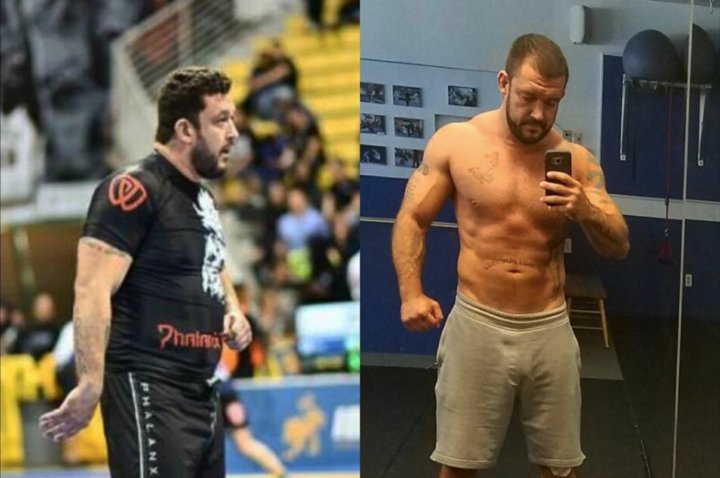 Of course, age plays a huge factor, as do a bunch of other factors we’ll touch on a bit later. The older you get, the more difficult it will become to maintain a BJJ physique like that of a fitness model. The question is, why would you go through all the trouble, and why would you want one to begin with? The dad bod in BJJ / MMA is usually what people look like outside of a fight. Interestingly, they also seem to have a slightly better performance during those “dad bod” times, compared to right after they cut weight.

Apart from your regular dad bod, which is someone clearly out of shape with a bit of a gut, and the “fighter gone off diet” type, you also have several more. there’s the bodybuilding type, where despite all the shoulder and trap muscles and huge thighs, the layer of isolation around the gut shows they’re far from being in top shape. There’s also the ectomorph dad bod, where there’s nothing but a gut, with no muscles to speak of. In any case, the dad bod does not necessarily mean you can’t perform athletic abilities. In fact, if it wasn’t for body image issues, we’d probably all be aiming for one.

The dad bod in BJJ works pretty well. First of all, you can be flexible with your diet. Notice that I say flexible, not going completely off the rails. However, if you accept that a set of deep cut abs are not worth all the crazy dieting, the dad bod will work just fine.

When it comes to grappling, you need to be efficient more than anything. Sure, strength, explosiveness, flexibility all have a role to play. However, none of them really requires you to look like a fitness model. there is a point of diminishing returns, but a dad bod BJJ p[hysique is not the same as someone who doesn’t’ train. In fact, you might be doing extra strength and conditioning, have nutrition dialed in and all that jazz, and still, end up with the dad bod. there’s a good reason for this – your body decided it is the best course of action. So, why torture your body? If you can invert, can go for rounds and rounds without gassing, and you’re not struggling strength-wise, why not adopt the look as well?

The only thing with the dad bod for BJJ is letting it get out of hand. You’ll still need to train, you’ll probably still need to do some conditioning work off the mats, and watch your diet. However, measuring every bite of food, buying crazy ingredients that are hard to find, doing endless sets of crunches or CrossFit WODs jut becomes meaningless after a certain point. When you try and answer why you o it, you’ll find that there’s no smart answer. Instead, enjoying time out with friends, a beer, or two or a giant dessert is a much happier lifestyle than having to look like TRT Vitor Belfort all of the time.

Being In Shape For Jiu-Jitsu

Speaking of shape for Jiu-Jitsu, there’s no real determination out there of what Jiu-Jitsu shape is. Unlike other team sports like football, baseball, and the likes, there are no fitness tests that everyone has to go through, nor is there nearly as much science in researching grappling exercise physiology. that just means, to each their own. And, just like BJJ itself, Jiu-Jitsu shape is easy to define. 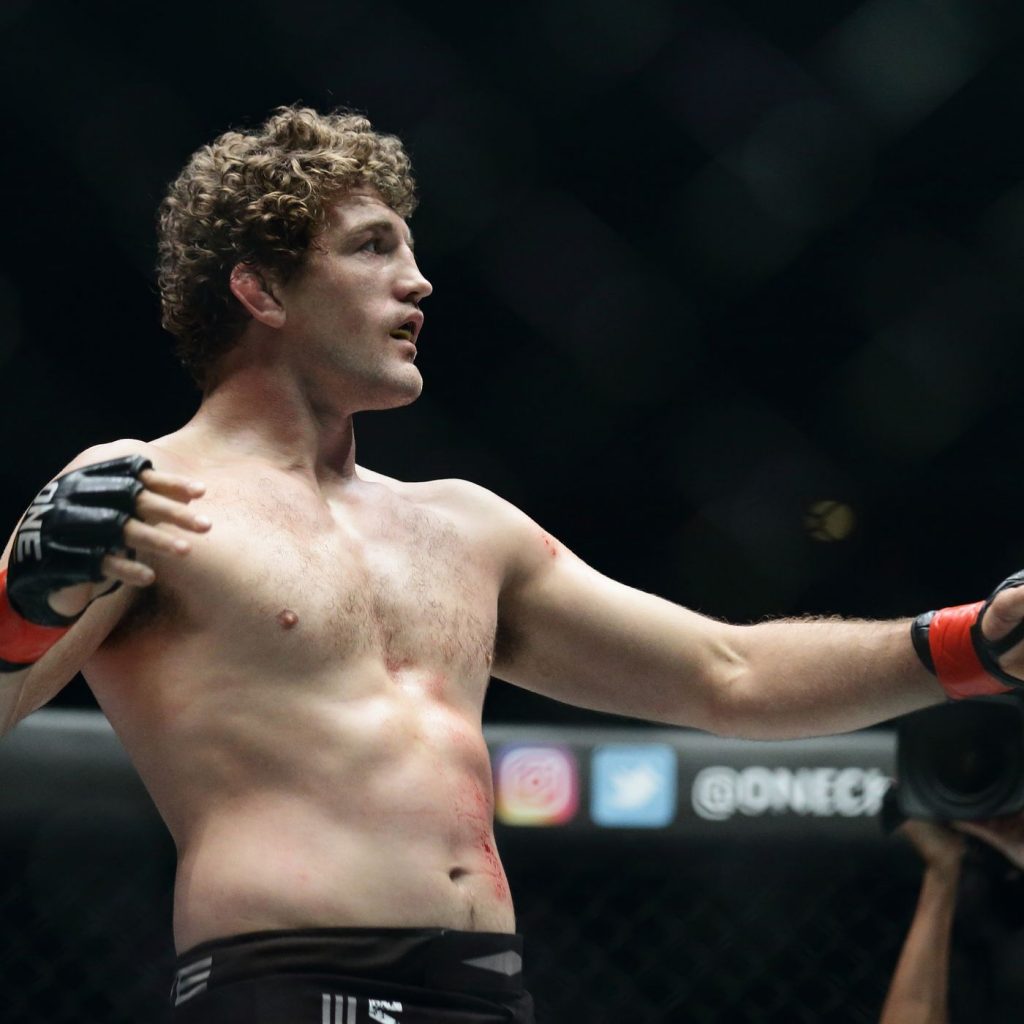 If you’re able to roll three to five rounds with a short rest in between, you’re in shape. It doesn’t matter if you’re panting at the end, as long as the rolls were effective and meaningful for you. In terms of BJJ strength, there are no real requirements. I’d recommend cunningness and tactics, along with mechanics over strength any day. That way, you get to be lazy when you roll, and still more effective than most of the young, athletic grapplers that look like Brad Pitt in Fight Club.

Finally, you need to make sure you recover. A solid diet will help you achieve it, but you’ll also need to do a bit more work. stretch/sauna/float therapy or whatever your favorite recovery method is. Trust me, it is better to devote time to foam rolling, than it is to calculate your macros for the next day. Jiu-Jitsu is all about efficiency, and things don’t always look pretty. The case for the perfect BJJ physique is the same. The dad bod just works, folks!

With BJJ, it all comes down to goals. Do you want to compete and be a world champion? Are you learning for self-defense? Are you just training for the fun of it and some fitness? all are great goals and you can, of course, have multiple ones. In each case, though, you need a vessel that will help you achieve them, and not just in a few short months. The dad bod is just the BJJ physique we need – you can live freely, allow your body to find balance, and perform at a high athletic level at the same time. there’s something to that dad bod, you just got to loosen up an give it a try! Plus, the ladies don’t mind it all!