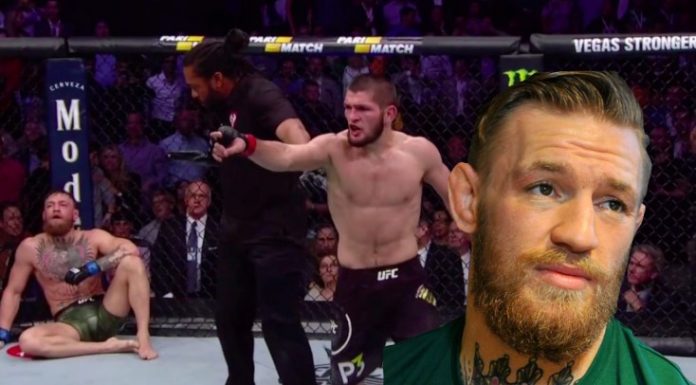 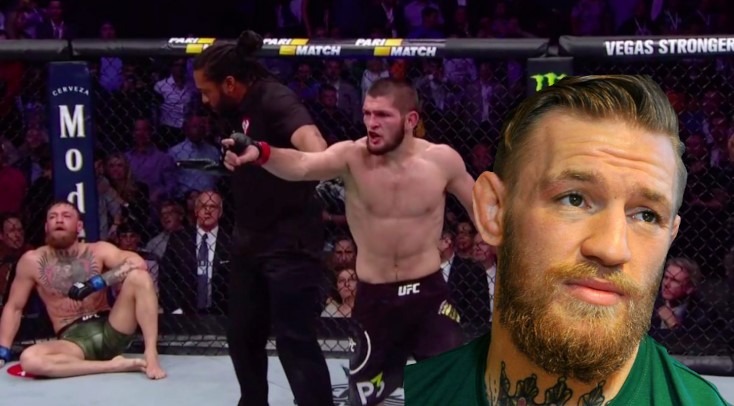 Conor Mcgregor Lost to Khabib Nurmagomedov pretty bad. Khabib was dominating all rounds tossing McGregor around and even outboxing him. That’s probably the reason why Conor wasn’t talking a lot about this fight. Maybe he was too busy traveling around the world promoting his “Proper Twelve” Whiskey

But, Conor McGregor Breaks the silence as he posted a very honest round-by-round breakdown of the fight. on his Instagram profile. He explained his major mistakes and took full responsibility for his loss. He even said that he’s ok with not getting a rematch immediately.
Is it maybe because he needs more time to prepare for Khabib? The time will tell.

“Thoughts on my last fight.
Round 1. I believe from a sports standpoint, round 1 was his. Top position against the fence. Zero position advancement or damage inflicted. But the top position.
From a fight standpoint, the first round is mine.
Actual shots landed and a willingness to engage. Straight left early. Knee to the head on the low shot. Elbows in any and all tie up scenarios. The opponent just holding the legs against the fence for almost the entire round.
Round 2 he is running away around the cage before being blessed with a right hand that changed the course of the round, and the fight.
It was a nice shot.
After the shot, I bounced back up to engage instantly, but again he dipped under to disengage. That is the sport and it was a smart move that led to a dominant round, so no issue. Well played.
If I stay switched on and give his stand up even a little more respect, that right hand never gets close and we are talking completely different now.
I gave his upright fighting no respect in preparation. No specific stand up spars whatsoever.
Attacking grapplers/wrestlers only.
That won’t happen again.
I also gave my attacking grappling no respect. To defense minded.
Lessons.
Listen to nobody but yourself on your skill set.
You are the master of your own universe.
I am the master of this.
I must take my own advice.
Round 3. After the worst round of my fighting career, I come back and win this round. Again walking forward, walking him down, and willing to engage.
Round 4. My recovery was not where it could have been here.
That is my fault.
Although winning the early exchanges in 4, he dips under again and I end up in a bad position with over 3 on the clock. I work to regain position and end up upright, with my back to the fence.
A stable position.
Here, however, I made a critical error of abandoning my overhook at this crucial time, exposing the back, and I end up beaten fair and square.
What can I say?
It was a great fight and it was my pleasure.
I will be back with my confidence high.
Fully prepared.
If it is not the rematch right away, no problem.
I will face the next in line.
It’s all me always, anyway.
See you soon my fighting fans I love you all ❤”

Well as you can see McGregor is pretty honest and, we can say, pretty humble in his breakdown. That’s something we’re not used to seeing from him. Obviously, good beating can make anyone humble 🙂

We won’t fool ourselves as in his next fight we’ll see the same notorious McGregor as we could see him before, but it’s nice to read something like this from him from time to time.