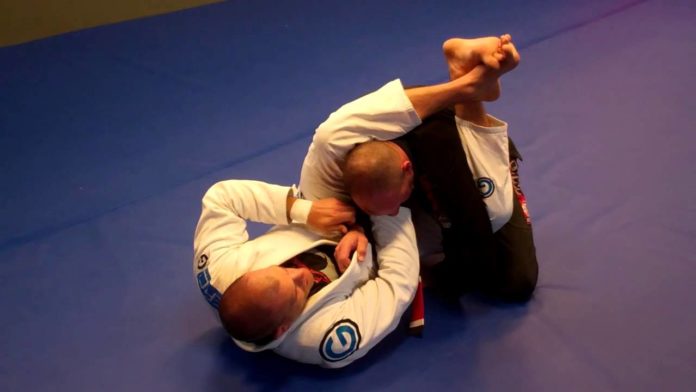 The closed guard is now back and just about everyone is giving it a try. To be honest, I’m seeing people in BJJ that have never really taken it seriously so far. For me, it is baffling, as I did nothing else probably midway through the blue belt. However, just going back to the closed guard doesn’t guarantee people will be successful. Instead, there are modifications to it that are much more adept for today’s modern Jiu-Jitsu game. I’m not talking about crazy stuff like the rubber guard, but rather something everyone can get to safety, and use to progress. I’m talking about the BJJ high Guard, a closed guard variation that has been revolutionary for me.

Playing the closed guard nowadays is not easy. People have countless ways of passing it, and there are no more rules like before. Now, people can even pass with broken posture if you’re not careful, or they can start hunting for leg locks. Nothing is certain anymore, so you need to find a way to bring some stability back. And the solution is very easy – the BJJ High Guard. For me, it ended up begin the perfect solution. I have shorter legs and do not really enjoy doing stuff like the rubber or Williams guard. So, figuring this out was a real game-changer, and now I’m about to share my experience with you.

The Holy Trinity Of The Closed Guard Game

Before I head-on, I have to share a few of the concepts behind my own closed-guard game. These are crucial in understanding the BJJ high guard later on and why it works. When in closed guard, we’ve all been taught to get grips on our opponent and try to break their posture. Well, half of this is true – the posture part. However, getting grips is not really as mandatory as you may think. In fact, you need to connect to your opponent whenever possible, but that must not be your only goal. 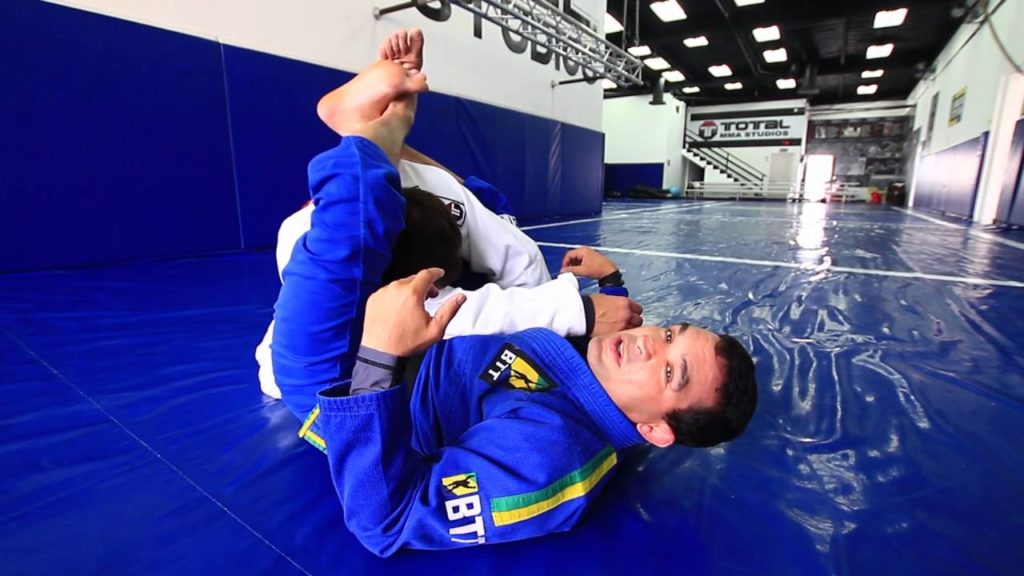 In that sense, gripping is not as important as positioning your opponent’s rems where you want them. If the arm is in a spot where you can go for it, their own grip will hold it in place and you don’t have to tire your forearms. In that sense, even moving around in the closed guard can be difficult particularly if you’re trying to sit up, which most people do. Instead, when you need to move in order to get a better angle, just go side to side. Keep your back on the mats and go side to side – nobody can stop you.

When it comes to posture, remember that you have your legs around the opponent’s waist. Why just pull with the arms when you can use your legs and entire body to get them down? Try it and you’ll see that there’s no need to pull on collars like you’re hanging off of a cliff. And this is precisely where the high guard comes in – it solves everything I just talked about. It keeps posture broken, it doesn’t require grips and opens up movement angles that the other person can defend. the perfect storm.

The BJJ High Guard as a position is very simple. In fact, the name says it all. Instead of having the legs around the waist. you lock your guard higher towards the head. However, if you attempt to just raise your legs, you’ll only get yourself in trouble, In order to stay there without trouble, you’ll need a wedge for your hips. In a regular closed guard, the opponent’s thighs provide a wedge. In the BJJ high guard, you’ll have to trap one of their shoulders in order to have a position that makes sense. Form there, on it doesn’t matter if they try to posture up, or stay bent. In fact, you don’t even need the posture to be broken in order to obtain the BJJ High guard.

A key thing to remember is the position of at least one of the opponent’s arms. If their arm is at your centerline, or across it in the direction of an arm drag, you can go for the high guard. If the arm is on the ground, next to your hip, however, you’ll need to reposition it before you gain entry. That’s the only simple rule to follow. Once you have the arm in position, just think about a triangle. Pop your hips up, place one leg over the shoulder, and use the other leg to lock it up. here, the leg that’s under an armpit si the one that’s always on top for a much tighter fit. that’s it!

What can you do from a position like this? That’s actually very easy. Once you try it out for the very first time you’ll see arm locking options right away. The best part is that there is more than one, and you need absolutely no strength to get a tap. For one, you have the straight armbar right there for the taking. The arm is just dangling in front of you and they can’t pull it back, So just grip and pop the hip up for an armbar finish.

If you want to attack other armlocks, you can think about bending the arm. Simply put their thumb to the outside, keep a 90 degree bent in the arm and pull. If they’re one of those crazy flexible people, just add your hips into the mix and you’ll get a tap. Or  f^*#k it and go for a wristlock.

The BJJ high guard, as a position is about 80 percent a triangle choke. All that it takes is getting the trapped arm out the back door. In certain situations, your opponents will do it for you, and you can freely slap the triangle on. Another thing you can do is go for a cross collar choke. This one is going to require you have a cross collar grip inside, preferably before you enter the high guard. However, you can also place it whenever you want.

The cross collar choke works as a trick counter submission here. Instead of trying to sink it in, let your opponent pop their shoulder towards you, back into regular guard. This will allow you to get the second grip in and then, right before you finish the choke, go back to the BJJ High guard. Just for good measure!

The final direction you can take with eth BJJ High guard is sweeping. As such, There’s really not much to say on the subject, as this is very easy. The position in itself is very unstable for the person on top. All you need is to get your hip and knee to the ground, on the side where your leg is over their shoulder. ti si easy to do, nobody can block it and nobody can stand up after they fall. From there, you can choose whether to transition into the mount or go straight for a mounted armbar or back control.

The BJJ high guard is one of those sneaky positions that not many people play. It works perfectly in both Gi and No-Gi if you follow the key concepts (posture, movement, and grips). Moreover, it works against people of all body types, even those much bigger than you. For me, the best thing is that it requires no athleticism or flexibility, and yet it is almost impossible to get out of. Give it a try and let me know how you fare with it!