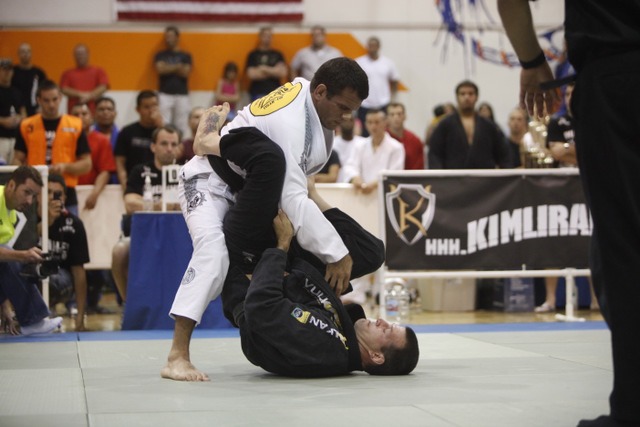 Be on top! That is the first rule of BJJ, according to Chris Haueter. Who is this Chris guy? Well, if you don’t know, then that really tells a lot about how long you’ve been in BJJ. regardless, you can learn all about him, and the rest of the original Dirty Dozen Of BJJ. In the meantime, take my word for it, whatever this guy says, you should do. Plain and simple. And, to be able to achieve this seemingly really easy task of being on top, you have to make sure that one simple thing doesn’t happen – you don’t go on the bottom. That is where BJJ defense against sweeps comes in.

Becoming unsweepable is not hard at all – you just need to follow a few basic principles. In fact, the best BJJ Defense against sweeps is based on a three-step formula. Furthermore, that formula has to do with principles rather than techniques, which is what makes it so powerful. Anyone from white to black belt can use it against everyone, as long as you get the gist of it. So, with the notion of always being ton top in mind, let’s proceed to the ultimate “Unsweepable” formula.

First up, the base. Instead of thinking about staying upright and all, think about not letting people bringing your butt to the ground. And for all the talk of angles, weight shifts, stances, and all that stuff, it is very easy to get lost and not be able to figure it out. Instead, I’ll offer you a much simpler way of looking at things. Credit for the concept goes to Christian Graugart, whom I heard it from originally. 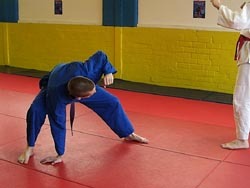 The one thing you need to be looking for when you’re standing, and someone is trying to sweep you is to keep your feet and your hip in a straight line. the assist way to learn the concept is by having an actual line in the ground. It may be a line by the mats, or you might place a belt on the ground. In any case, place both your feet on it, and see if your hip is also on the same line, although not touching it. That’s your immovable base, now and for all times. The trick is that the position is dynamic in nature.

What that means is that it doesn’t have to be your feet touching the ground. It may be your knees instead, or one foot and one knee. All possible combinations apply here. The goal is always the same – keep whatever surface of each leg is touching the ground, and your hips on the same line. Moreover, don’t’ be afraid to go sideways, rotate your hip, bend your spine, etc. You could even place your arms on the ground your head on the opponent etc. in fact, sometimes you’ll place a knee or even your foot on the opponent’s body. The principle still applies – keep the sticking point of the legs and the hips in line and you’ll be as immovable as is humanly possible. That is the first, and most important part of any BJJ defense against sweeps that has the potential to work against everyone.

Let’s look at a couple of definitions of BJJ positions to be able to understand what a sweep is, and how you can improve your BJJ defense against sweeps. A guard is any position that has the bottom person’s legs in between them and the top person. Conversely, a sweep is any position that utilizes the legs to get the top person’s butt on the ground. However, in order for a sweep to count, the person executing it must end up on top, otherwise, they’ve achieved nothing. Getting someone to their butt only to have them stand back up is not a sweep. And that is exactly where our Hail Mary principle comes into play. 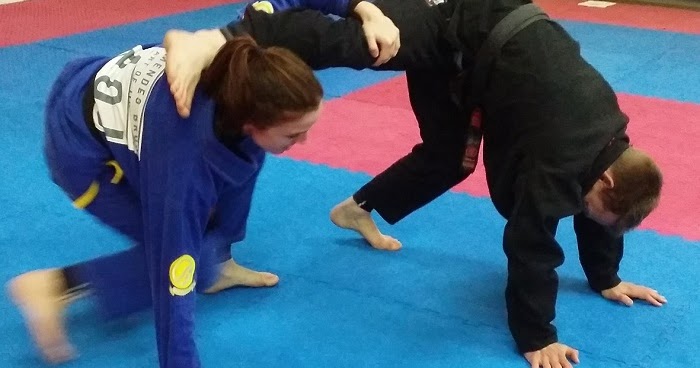 It is inconceivable to think that people will never force your butt to the ground when you have a top position. Whenever your butt does touch the floor, though, it doesn’t mean you’ve conceded a weep. Instead, whenever you feel you’re about to fall, rule number one is to sit down first. Don’t wait to fall like a tree being cut down. Get your butt down first, kill the inertia, and look for the Hail Mary.

The Hail Mary is beyond simple. Find a leg belonging to your opponent, and lift it in the air. As long as one foot is off the ground, they won’t be able to get up, or it will take a considerable amount of time for them to do so. you can use any grip you want, from getting the leg under the armpit to using scoop-grips at knee level. As long as one foot is off the ground, you will buy yourself more than enough time to get up and reestablish the previous “three points in a line” position which makes your base extremely strong.

Once again looking to bury our ego even further, I have to admit that both the above principles are effective, but they’re far from a silver bullet. there will always be times when either your opponent is so good, or you make a mistake, that you end up scrambling to stay on top. And guess what? That’s cool! 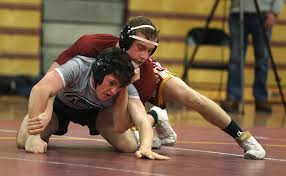 At any time that your butt is on the ground and your opponent is getting up, or already up, all you have to do to ensure you remain on top is to use an old wrestling principle. In wrestling, whenever there’s a scramble, the notion is that the “higher man wins”. That simply means that whoever’s head is higher during the scramble, and most importantly, when it ends, has top position. it is beyond simple, but it will require time for you to get used to it and start looking for it in scrambles. And you will end up in scrambles during BJJ defense against sweeps, no matter how good your “line placement” or Hail Mary leg lifts are.

BJJ defense against sweeps will never work if you try and figure out a sweep counter for every possible sweep, from every possible guard. Nobody alive could hope to counter sweeps in a technique vs. technique manner. Looking for concepts that apply to all sweeps, though, is a different thing. The three-part “Unsweepable” BJJ defense against sweeps formula is something that evidence points works against everyone. Given that a lot more experimentation is needed, any input you might have is more than welcome.