Forget about the black belt in Brazilian Jiu-Jitsu. It is huge, of course, but it is far from the most desired belt in the sport. In fact, there’s another belt that I’d wager is the most desired one in all of martial arts. It has a lot to do with the nature of our sport. In BJJ, you won’t get to blue belt in at least a year, and in most cases, nearer to two years. That is a long time to be training and still be a white belt, which is the ultimate marker of being a beginner in anything. That’s is precisely why people crave the blue belt much more than they do any other belt, including the black. It is also of the reasons why a phenomenon known as the “blue belt blues” often occurs in BJJ.

It has happened to me. After proudly saying I was training BJJ for nearly two years, when asked what belt I was, most of that pride faded away and I used a hushed voice to mutter “white”. It is something most people have encountered. Inevitably, the blue belt came, and I have to admit I had a great time being one. However, the expectations of a blue belt in Brazilian Jiu-Jitsu are often so high, that people inevitably end up facing the dreaded “blue belt blues”. Now, all of these expectations are of our own making, and as such, are completely avoidable. But then again, so is the blue belt blues. Let’s try and get to the bottom of it.

The “Phenomenon” Of The Blue Belt Blues

The “blues” is a term that signifies feeling uninterested, down and toa degree depressed about something. It usually hits us after something we’ve been focusing on actually materializes. It may be a festival we’ve been looking forward to the entire year, or a wedding or some trip. After it is all over, no matter how great it was, we’re often left with a feeling of emptiness, often referred to as “having the blues”. 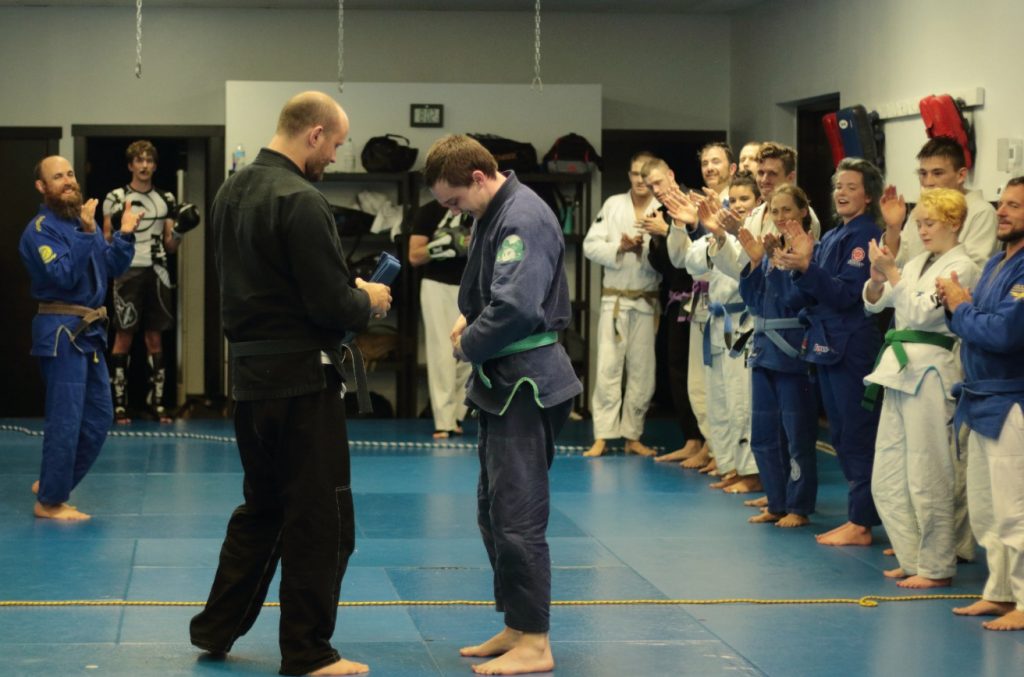 Well, in JIu-JItsu, it is the blue belt blues. The reason it is named like this is easy to guess – it happens to lots of people, and almost always at blue belt level. In all honesty, I haven’t really seen it in other martial arts, but here’s a sound explanation for it. Other martial arts, grappling or striking, that employ belt systems, do not require people to spend years at a certain belt level. Conversely, the blue belt is a belt on which people spend the most time in their BJJ journey. Pair that with a year and a half (on average) as a white belt and that is a lot of time to be training with just one belt to speak of.

The facto of the matter is, the time we spend as blue blets, is one of the most important times in our Jiu-Jitsu journey. It just so happens to be the longest, if not toughest as well. Put all of this together with the unique nature of BJJ where there’s no end to speak of, and you’ve got the recipe for the blue belt blues. And, it is particularly the blue belt blues that make lots of people quit at a blue belt.

But what happens with those that somehow get to purple in a year, or maybe even less? Worry not, the blue belt blues hits everyone, they just might not be wearing a blue belt per se when it does. And in those cases, it may end up being worse than having to go through it like all other grapplers – like a blue belt.

What is Really Going On

In reality, the blue belt blues is nothing to dread. It may seem like there’s no point to BJJ and that no matter what you’re doing you’re not progressing at all. Often times, there are also questions about motivation to train, as well as an overall feeling of no measurable progress. Basically, in BJJ, like everything else, we have good days and bad days. Moreover, this is true for all belts, not just blue belts. It just so happens that in academies with lots of people and different blets, blue belts, especially those with about a year of experience under their belt, might just encounter a few more bad days than they do good for a period of time. It is something we all face in Jiu-JItsu, and in fact, it is a part of the learning process.

The blue belt being the longest time you spend at any belt level (arguably) means you have a lot on your plate. You’re not a beginner anymore, but that just piles on unneeded pressure that nobody that’s ranked lower should be able to do anything to you. It will be something you laugh at, but as a blue belt, it is not just a source of blue belt blues, but also a reason for hitting a plateau. And there are several different ways for busting out of one.

There аre plenty of other things to consider as reasons for the blue belt blues. Ego plays a huge role and inescapably leads toward injuries if you let it take control. Thre’s also the question of motivation when people just don’t know why they should keep showing up. Yeah, your’ not getting destroyed like white belts, but you’re’ also not able to touch any of the upper belts. At the same time, that D1 wrestler that just showed up sweeps the floor with your regularѕ in спарринг. Not to mention that you can’t sweep anyone no matter how hard you try. What’s the point?

How To Beat The Blue Belt Blues

The point is, you need to get through it. I really have no idea if it is al la deliberate psychological task of sorts, but it is definitely a hugely important one BJJ. Getting through the blue belt blues is just another thing you need to master in order to progress in Jiu-Jitsu. It is just on the mental, rather than the physical or tactical side.

The easiest way to get over the blue belt blues, and many plateaux you’ll inevitably run into, is to stop taking things seriously. Why all the pressure? So your sweeps don’t’ really work. Cool. Leave them aside, and start submitting people from guard. Then, a couple of years down the road, look back at sweeps and you’ll now be able to figure out were and why you got stuck as a blue belt.

Also, don’t expect BJJ to get easier. It never is. What becomes easier are your experiences as you start to understand the sport/art more and more. In fact, embrace all the blue belt hardship, as you might just end up longing for it later one when things start to became a lot clearer.

Form a more practical standpoint, regardless of why you’re deep into the blue belt blues, a good piece of advice is to reduce the clutter. Stop all the instructions, (okay, maybe keep one or two)  and is not what your coach is teaching. Even in rolling, focus on one thing and forget about trying to b good ate everything – you can’t. Luckily, the modern BJJ game is so full fo different concepts that you can now choose. You don’t’ just have to focus on passing the guard os submissions. You can explore escapes or ways to remain safe4 and untouchable in positions we often see as bad ones.

All in all, try to have fun on the mats. And no, not tapping out to everyone in class is not fun. DFItch all the pressure and relax. Start doing different things, looking into different grappler’s styes, maybe go to a seminar or a camp. Broaden your horizon and the blue belt blues will clear up faster than you were running the gauntlet at your blue belt promotion.

BJJ is a wild ride. It is just as taxing psychologically as it is physically, and sometimes even more so. The blue blet blues area a great example of how you can come really close to hating what you love. However, there is a way out and it is not quitting. Sur, for some, it just may be the best option. However, for most, there are plenty of ways to deal with the blues and stay on course for the next, purple challenge. It will come, that much I can guarantee you! 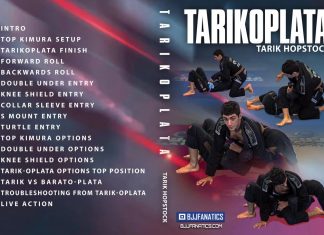 0
just a short while ago, one move became a real hit when it comes to new, cruel and unusual BJJ submissions. The Tarikoplata is...