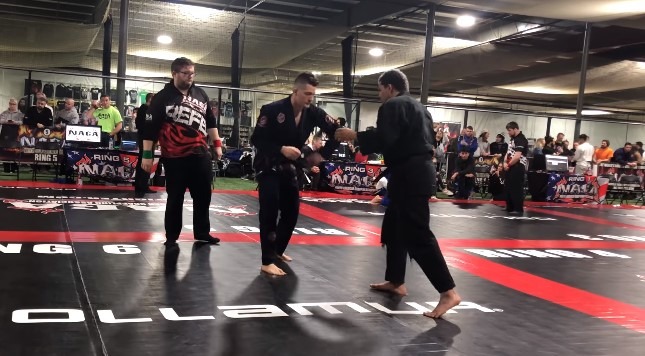 We were already writing about the difference between Brazilian Jiu-Jitsu and Japanese Jiu-Jitsu in THIS article.

It’s actually a fight between traditional Jiu-Jitsu and modern Jiu-Jitsu so let’s see what happens in this fight in a video below.

Old School BJJ vs. Modern Jiu-Jitsu – Which Do You Prefer?

Never Pick A fight With a Trained Fighter. Here is Why!