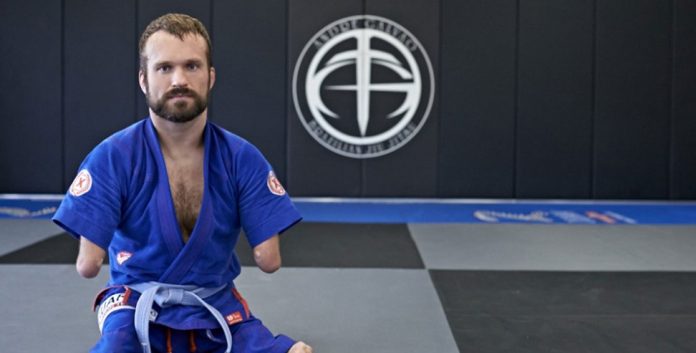 Kyle Maynard was born on March 24, 1986, is a speaker, author, BJJ, and MMA athlete. He’s very well known for becoming the first quadruple amputee to ascend Mount Kilimanjaro. He did it without the aid of prosthetics and that’s what he’s talking about in this video. Here is Kyle Maynard’s motivational speech.

“Anything is possible is a lie. I love the spirit of that but I don’t believe it’s true. But what I think is actually more effective is really to go and say to tell the truth to ourselves, to actually know our limits. And to truly know “our limits” we have to go and test those limits. Without that, it’s just an assumption.

The First time, actually, on Kilimanjaro what I thought was I found myself on the fourth night in the trip, and I was completely physically Broken. Bear Crawling for 6-7 hours a day and my arms were swelling up my feet. The pain has gotten to be really intense and I thought “I’m done, it’s only 4 days and we projected that it’s going to take us 15 days to reach the summit”.

I thought that the next day I’m going to get up and I’m going to go and helicopter out. Aconcagua is the same and on the fourth day, and this day, in particular, you see in this photo it was close to 1000 pull-ups through these ice fields called penitents.

You got to the top of this thing, it was a scree field where I’m just sliding down faster than I could go and climb, and all of a sudden I get to the top of this scree field, physically more exhausted than I’ve ever been and my guide yells, “Rock.”. Watermelon sized boulder releases go by a foot away from my head as I dove under a rock. I’m questioning that night too. I was there in my tent lying and crying. I was thinking “why am I here?”

When I was born, my parents had no idea I was going to be born with a disability. It was a very sudden thing…” Check the rest in the video below.

This guy is such an amazing human being worthy of your attention. Listen to him and never quit. Test your limits and achieve anything you want and anything you’re capable of.

Real life superhuman Kyle Maynard became the first quadruple-amputee to climb Mt. Kilimanjaro and Mt. Aconcagua without any prosthetics…and it all started with this one lie.Speaker: Kyle Maynard

Posted by The Daily Goalcast on Friday, November 9, 2018