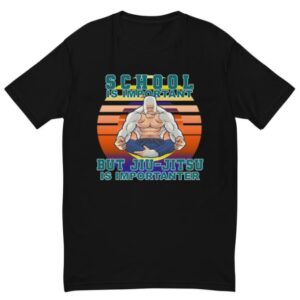 If you didn’t know there’s a story about Ben Askren about his self-promotion to a BJJ Black BELT. You can check it here:

But now Ben Askren is going even further saying all BJJ Schools are doing it wrong. Check what he said in a video below:

Ben Askren: If You Want Your Son To Be a Man, make him a Wrestler not a Soccer Player