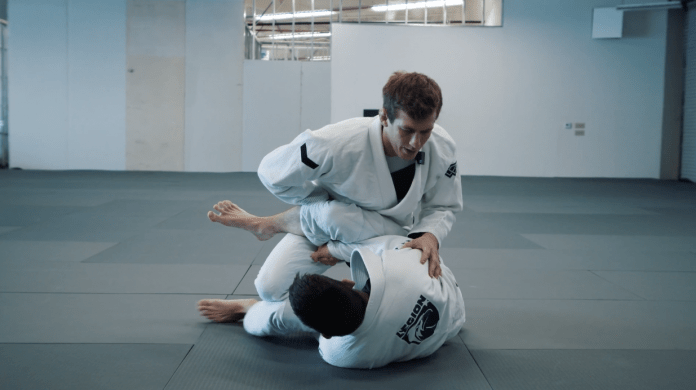 Can’t pass guard? There’s a good reason for that – you can’t. Like you really can’t actually physically pass anyone’s guard in Brazilian JIu-JItsu. The perfect example is the closed guard. Pass it without opening. Can’t, right? Then why would you presume that you could pass all other guards directly? The one single thing that makes guard passing really difficult is trying to pass an actual guard. You’ll get a successful pass by getting past the legs. Guards are designed to keep you from doing that. Hence you can’t just pass a guard. You can pass the legs, though, with a 100% success rate. And achieving that requires a bit of sneakiness ion your part. At least if you want to be successful with your BJJ pass rate.

Passing is extremely hard, and just as fun, if not more. However, being smart about it is going to make your life a lot easier. If you want to mask leg lock attacks with passes, then by all means, keep doing what you’re doing. But, if you want to actually get past someone’s legs and into a better top position, you’ll need to finish a BJJ pass or two. Why not turn the tables to your advantage completely? The Arm Trap BJJ pass is one option you have at your disposal. AS long as you’re aware of the stages of passing, you can gain a real advantage by introducing this concept into your game.

The Concept Behind The Arm Trap BJJ Pass

The stages of passing guard are something I’ve talked about before. The concept is that guard is impossible to pass because they’re designed to keep you at distance and offer attacks to the bottom person. However, you can most certainly get past them. The thing is, you need to make sure there’s no guard stopping your form passing the legs. To achieve that, you need to make sure the guard you’re up against is not a threat. That can be done with minimal movement and some grip and weight distribution adjustments, depending on the guard. Step two is breaking the structure of the guard, thus arriving in a position where you can easily go past the legs. Breaking the guard’s structure is opening it, in the case of the closed guard, or removing a hook or two, in the case of most open guards.

However, passing is still not that easy. Regardless if you’re after points or simply a better position to submit from, you’ll have to settle in a good spot after you pass the legs. That is not an easy task to accomplish. One thing people forget to factor in when passing is guard recovery. That is the ability of the bottom person to recover a guard position after you get past their legs, but before you settle in side control, for example. In other words, there are layers to passing the legs, and you need to anticipate them in order to execute any BJJ pass.

So, the concept behind the arm trap is to make sure you peel an entire layer of defense before it even comes up. Somewhere between the stages of making the guard ineffective and passing the legs, you need to look to tie up one of the opponent’s arms. There are many ways to do this, but if you can get it behind their back, you’ll really leave them defenseless once your BJJ pass takes you past the legs.

The closed guard used to be a nightmare for me to pass. I just couldn’t get out of it and it lasted well into my blue belt days. No wonder I went so deep into trying to figure out how passing works. Well, if you want to do a BJJ pass by using the Arm Trap method, you actually have several options.

The simplest one has you working form a scoop grip on one leg, following and guard opening of your choice. The part about staying safe and braking the guard’s structure is beyond the scope here. Going for an Arm Trap BJJ Pass will require you to grip the sleeve of one arm, on the same side where you have an underhook on the leg (the scoop grip side). The goal is to stick the arm you have a grip on under the opponent’s butt. You can then proceed to pummel under the other leg (watch out for the triangle) and pass form a double under position.

Another arm trap BJJ pass option works form the standing opening. This one uses the lapel and will take you straight to the back. From a broken posture inside guard, release the lapel on one side and use it to trap the arm. Passing the lapel behind their back to your other arm will allow you to effortlessly stand up and open the guard. The bonus is that now, they’ll have no layer left to recover guard, meaning your BJJ pass is guaranteed.
The same arm position as in the lapel arm trap also works perfectly with the Tozi pass.

You can use the same concept of arm trapping to pass the half guard as well. The only thing you’d do differently is the method of trapping the arm, which depends a lot on the half guard variation you are in.

One version that works like a charm is trapping the arm of the opponent in a Kimura like fashion using the lapel. From a half guard with your hips facing the opponent, the goal is to get one arm over the top of the far arm, like for a Kimura grip. Instead of sinking in a Kimura, you take the same side lapel and pass it ver their wrist to the arm you already have sneaked in. That’s it. You now have a free arm to clear the legs and there will be absolutely no resistance as a result of the arm trap.

A second-half guard BJJ pass works from the over-under position. Sometimes opponents keep hugging you in order to affect your posture and keep you from going forward. It can be really annoying and take time to deal with. What you can do instead is use the arm that’s on the “over” side to trap the arm on that side at the level of the shoulder. This will render that arm useless. Now, you can simply switch to a three-quarter mount and get your foot out with ease. As a bonus, the same pass works just as well against the butterfly guard.

A BJJ pass concept that takes care of guard recovery even before the opponent realizes they need it, is a BJJ pass worth knowing. The concept looks easy but does require a lot of repetition in order to get the timing right. Once you do, though, you’ll have an easy time passing any guard you come up against