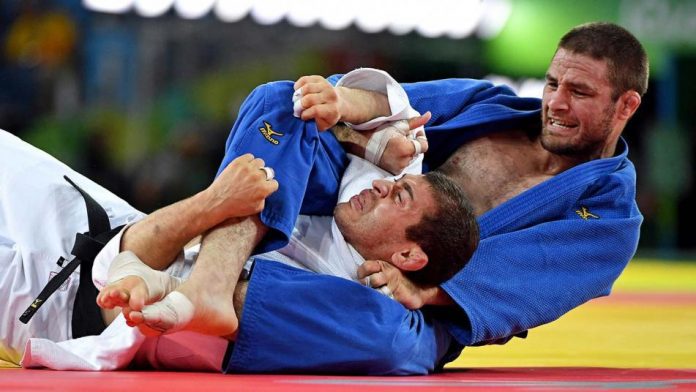 Brazilian Jiu-Jitsu is the melting pot for all grappling martial arts. This description catches the very essence of the sport. Much like Bruce Lee’s philosophy of taking only what works and discarding what doesn’t, BJJ is a filter for the best grappling techniques in existence. In the quest to become the best grappling martial art of all times, BJJ has turned to every other art in the category in order to improve upon its base. Wrestling, Judo, and Sambo have been the three largest contributors to the Gentle Art since its inception. As such, they all continue to have a great influence in certain areas of Jiu-Jitsu. In accordance with the Bruce Lee approach, these arts cannot be incorporated in their entirety. As such, only the best techniques have been taken from Wrestling and Judo for BJJ.

Both Wrestling and Judo are grappling martial arts that are quite different from each other. While the purpose is the much-less the same, the path is very different. Judo is done with the Gi and emphasizes upper body control via grips in order to throw the opponent to the ground. Once there, Judo offers submission options to finish off a downed opponent. Wrestling, on the other hand, is done without a Gi and favors leg grabs and explosive takedowns. The format of the sport gives victory to the practitioner who can hold (pin) the opponent to the ground, rather than submit. Every BJJ practitioner needs to practice selected moves from Wrestling and Judo for BJJ in order to advance and develop into a well-rounded grappler.

Cross training in other grappling arts is the best way to go about improving your Jiu-Jitsu. They both offer techniques that translate perfectly to BJJ. The biggest gain that a BJJ practitioner gets from doing wrestling and Judo for BJJ is in the standup department.

Inherently, Brazilian Jiu-Jitsu’s focus is on the ground. There’s no more elaborate system for dominating while on the ground than BJJ. However, for all its proficiency in a “prone” position, BJJ lacks the moves to effectively get the fight to the ground. It is not necessarily devout of original takedown ideas, it just has a smart approach when it comes to it. Use the best of the best in order to be maximally efficient with minimal effort. That’s when both, Wrestling and Judo for BJJ come in.

Why go for both Judo and Wrestling, you might ask? Well, it is exactly those fundamental differences between the two, we already mentioned, that make them a very potent combination. BJJ is mostly done in the Gi, so Judo’s grip-heavy approach is perfect. However, what Judo lacks, due to sports rules, is manipulation of the legs while standing. That’s where Wrestling shines. Now imagine controlling an opponent with grips on the Gi and setting up a powerful double-leg takedown. That’s just one of the countless possible combinations that cross-training offers to grapplers.

Let’s begin with the predecessor of BJJ, the ancient Japanese art of Judo. BJJ originally came into existence as a direct result of Judo. It is, in essence, a modification of the sport with a heavy evolution of the ground fighting portion of the art. Today, Judo is an Olympic discipline and a worldwide martial art trained by thousands of people.

One very strong point to make about the usefulness of Judo for BJJ is the use of the Gi that is common for both sports. The Gi is more than just a ceremonial outfit to wear during training. It is a weapon that can be used against any opponent very effectively. Technically, Judo offers not just plenty of throwing variations, but also lighting quick transitions into submissions. Due to the ruleset, Judokas do not spend too much time on the ground and are jumping straight into submissions when applicable. This is a great way to connect the standup portion of Judo with the ground fighting portion of BJJ. A match made in heaven.

Apart from the technical aspect, Judo is a martial art known for its strong and well-conditioned competitors. Training Judo, even in very specific areas that relate to BJJ, is a great way to get in fighting shape. Expect your grips to improve tenfold after taking up Judo for BJJ. There are some great people, like Travis Stevens that prove how great the combination of the two grappling arts can be. Check out Travis Stevens’ DVDs to see what I mean. 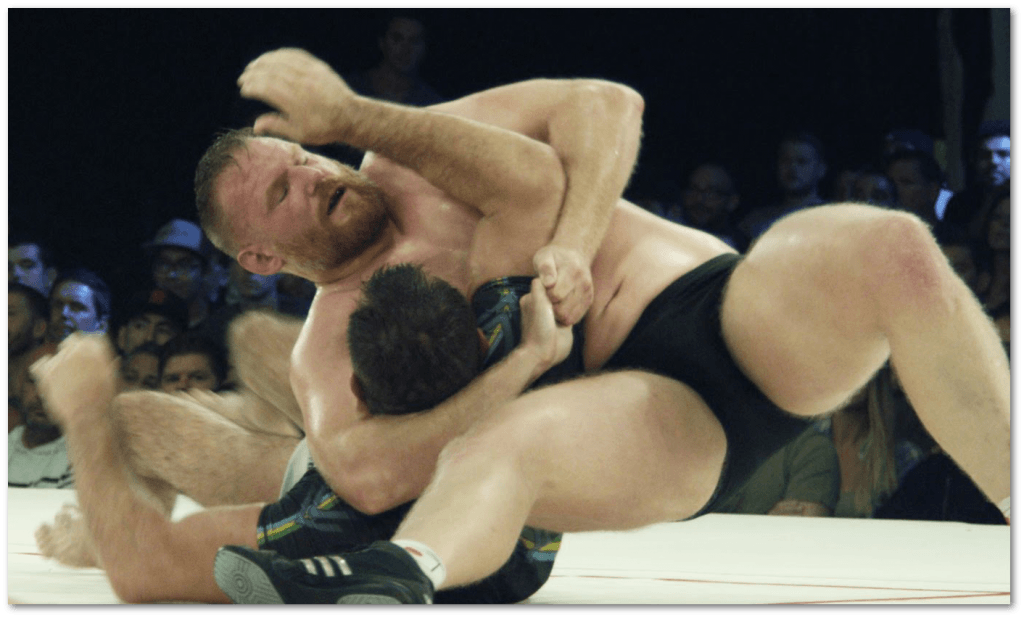 The original Olympic sport, Wrestling has been around for generations, in one form or another. Just like Judo, Wrestling is one of the top arts to cross train in for BJJ practitioners. The lack of the Gi benefits Jiu-Jitsu athletes in two ways. First, it gives the Gi player opportunities to grip and take opponents down in a different manner than Judo. Secondly, it offers those involved in No-Gi Jiu-Jitsu a complete system for fighting on the feet.

Imagine yourself doing a sweep on your opponent, while they’re attempting to stay in base. When a sweep doesn’t quite work out, you’ll often end up in a position for a Wrestling takedown. Whether it is a single or a double leg, if you have no Wrestling experience, you’ve done all the hard work for nothing. The same positions often occur during side control escape attempts as well. In those terms, the takedown game that Wrestling offers to BJJ is unrivaled.

However, Wrestling is much more than just double and/or single leg takedowns and ankle picks. Remember Marcelo Garcia? He made Wrestling a huge part of his game, especially the arm drag. The front headlock is another position that translates beautifully to Jiu-Jitsu, offering both takedown and submission options. Relentless top position pressure, weight distribution strategies as well as immovable pins are all part of the Wrestling arsenal that is helpful to BJJ.

On the same conditioning note as Judo, Wrestling is a much more fast pace sport than BJJ. The explosive nature of Wrestling is very beneficial to BJJ practitioners. It is a great way to improve conditioning, balance, improve your timing and develop mental toughness for competition.