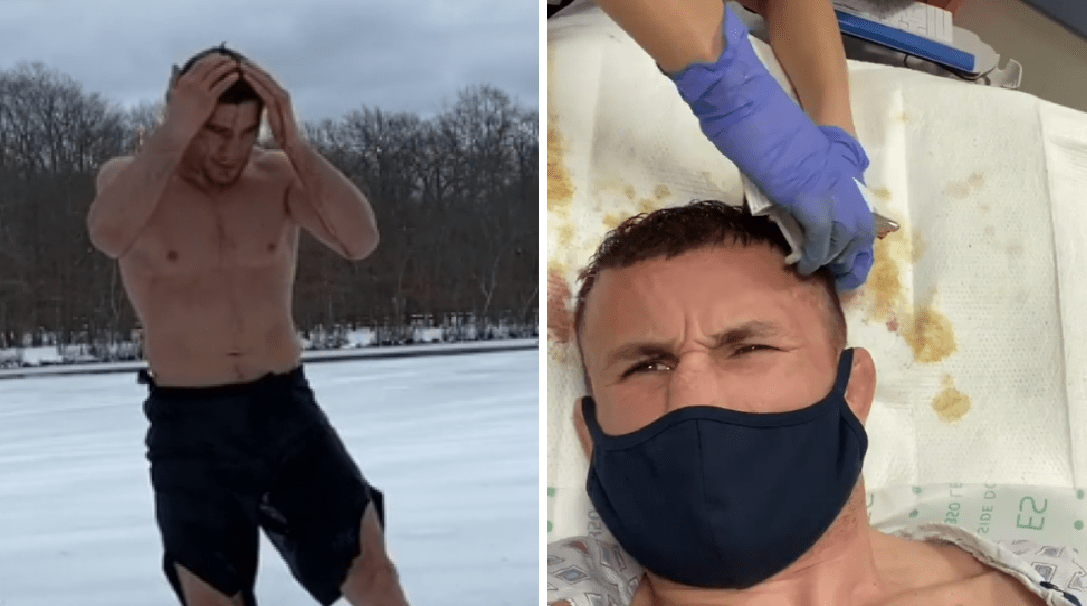 When outdoor training turns into a visit to the hospital…

Merab Dvalishvili decided to get out in the air and run around a bit, but then he spotted the lake and decided it was a good idea to freshen up his head and body a bit.

But that idea was definitely not good… Merab hit his head on the ice while jumping into the frozen lake and ended up with blood all over his face. 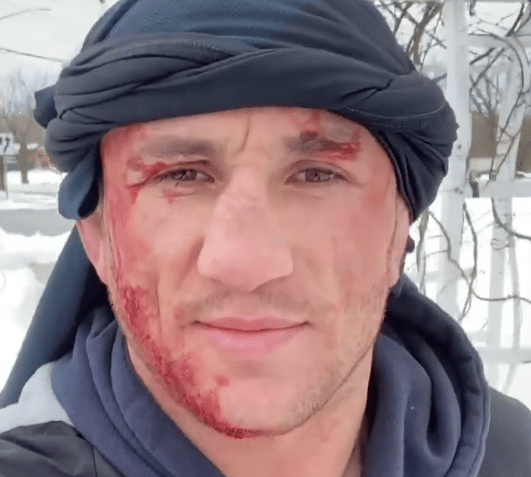 The TOP 15 fighter of the UFC bantamweight category captured this bizarre moment with a camera and explained what exactly happened.

“I thought this was a great day for training and running in the park, but then I saw the pond. I thought the water was covered in snow, but it turned out that everything was frozen and covered with branches. As soon as I hit the ice, I felt like I was scraped off part of the skin, and nothing was more painful than when they put it back together! But now everything is fine”, Dvalishvili wrote

Merab Dvalishvili currently has five wins winning streak. We saw him in August when he beat John Dodson, and he was even scheduled to perform at an event this weekend, but asked for a little more time to recover, meaning he didn’t feel 100 percent ready after fighting the coronavirus.