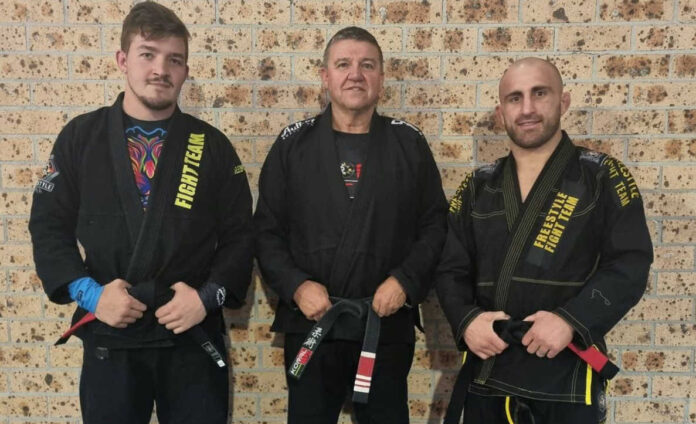 He was promoted to Black Belt by Joe Lopez, the owner and head coach of Freestyle MMA gym in Windag, Australia.

Since making his debut in pro MMA fights in 2012, Vokanovski has lost only one fight in 2013. Since then he’s on a winning streak of impressive 20 fights and he holds a record of 23 wins and 1 loss.

In 2016 he entered UFC with 10 wins streak and he still didn’t lose a fight. He won the UFC belt in 2019 against Max Holloway and since then he’s had two successful title defenses against rematch fight with Max Holloway and Brian Ortega.

In his career, most of his wins came by knockouts and decisions. He managed to finish fights with three submissions, Guillotine choke, Triangle choke, and Rear naked choke.

As the number of submission finishes in his MMA career seems low for someone with a black belt, Volkanovski is showing his Jiu-Jitsu skills in almost every fight.

His last fight against Brian Ortega, Grace Jiu-Jitsu Black Belt, and the fighter known for his grappling skills, showed us some great defense by Volkanovski. Ortega put him in a few submissions, but Volkanovski managed to escape all of them and win the fight.

What we can say is that we congratulate Volkanovski on his BJJ Black Belt as it is very well-earned.

We hope to see more of his Jiu-jitsu skills in the upcoming matches and title defenses.