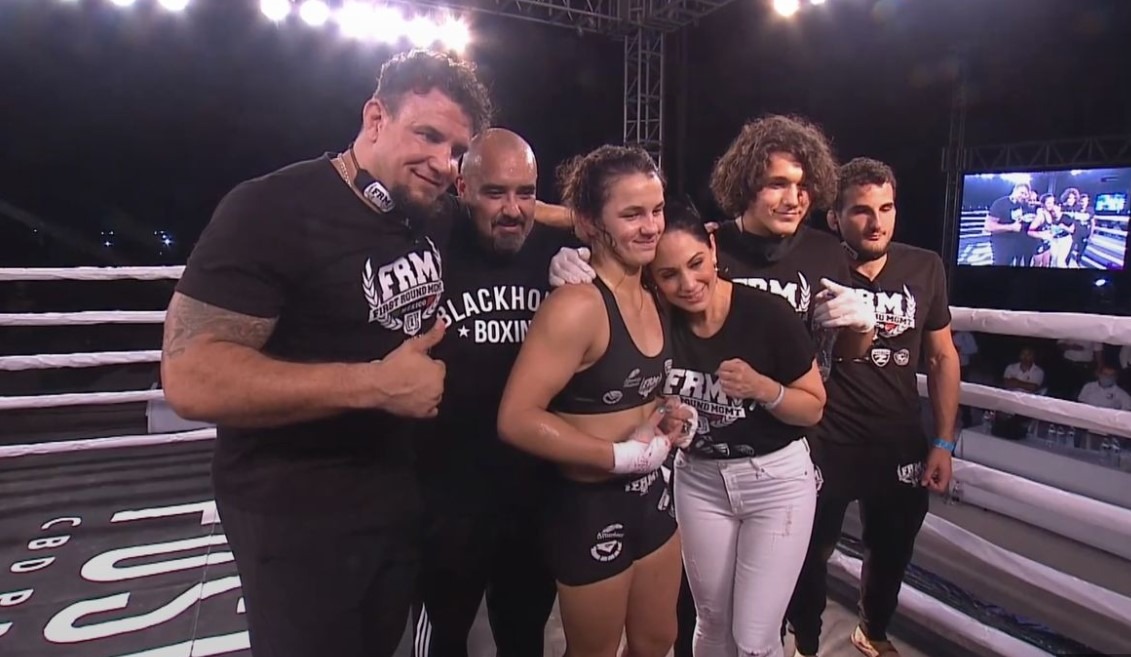 17-year-old Bella Mir had a much more difficult task than originally expected, and she won her MMA debut at the iKON promotion event. All those who expected Danielle Wynn to be the opponent through whom the daughter of the former UFC champion should have an open path to an easy arrival to win her MMA debut were deceived. In the end, the exact opposite happened.

With bloody nose and face, Bella Mir managed to take the win at the expense of endurance in the last round, where her opponent went all or nothing. The fight started in such a way that “Lady Mir” responded to the attacks of her opponent with the demolition at the very beginning and started to control the fight on the ground floor. She did it successfully over the middle of the first round when the referee puts them back on their feet. There Wynn controls the clinch well and hits several significant punches. In the second round, Bella again took the fight to the ground very quickly, and this time she was active enough to keep the fight there and to get close to the break with a series of blows, but her opponent endured.

Right at the start of the third round, another good entry of Bella Mir into the demolition and taking the fight to the floor. The referee moves them to the middle of the ring where Bella makes a great transition and attacks the hand. Once again, her opponent showed great endurance. She pulled out her hand and even moved to the upper position. She tried her best to do as much damage as possible to Wynn, but she couldn’t. Peace eventually got out and grabbed the guillotine, but soon a sign came for the end of the fight.

All three judges scored 29-28 for Bella Mir, who convincingly took the second round, while in the first and third each fighter had her moments. Certainly, this is a gold-worthy experience for a young fighter, but many feel she has failed to present her true potential. She has been dominant for years within her generation in wrestling and grappling competitions in the state of Nevada.