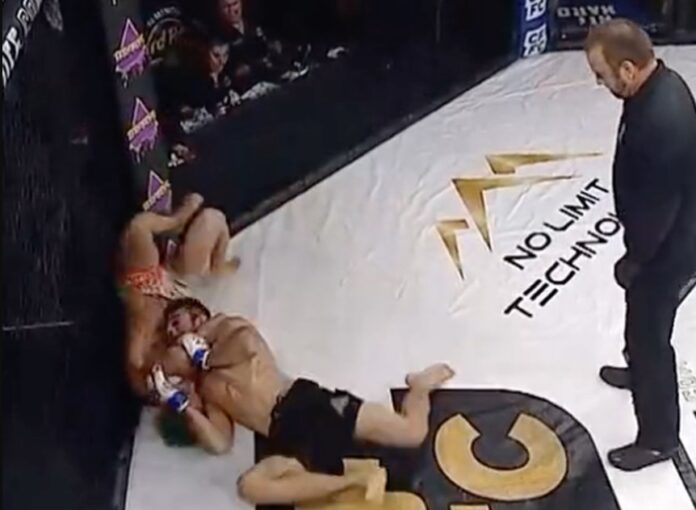 The Rolling Ninja Choke is an unusual submission in Brazilian Jiu-Jitsu and draws attention when it is done at the highest levels. An MMA fighter just managed to pull it off a couple of days ago at the CFFC, earning the flyweight title in a very impressive way.

The Rolling Ninja Choke is a front headlock choke that looks like an Anaconda choke but does not involve the opponent’s arm in the choke. Instead, the figure-four grip is placed directly on the neck, and the choking pressure comes from the tightening that occurs as the person choking rolls over and over.

This is exactly what happened at CFFC 114, hic took place in Tampa Florida, at the Seminole Hard Rock Casino on November 10, 2022. In the co-main event, Makoto Takahashi faced Diego Paiva in a battle fo the promotion’s flyweight belt, and Takahashi won it in a spectacular fashion.

The fight went back and forth until the championship rounds when Makoto Takahashi managed to get to the Rolling Ninja Choke from a seated guard position. Takahashi obviously knew what he was doing, as he kept rotating while squeezing Paiva’s neck, to pull off a very rare submission finish and win a belt in the process.

Makoto Takahashi had to roll three times to force Diego Paiva to tap, which he did to perfection. His title-winning finish did not just put him on top of the CFFC’s flyweight division, and improve his record to 15-1-1, but also put him on the radar of every major MMA, and perhaps even grappling promotion out there.

The Rolling Ninja Choke working at the professional MMA level is definitely going to prompt others to give it a shot, , for its spectacular and vicious-looking execution, if nothing else. It would be fun to see if the Rolling Ninja Choke can work in grappling as well as it did on this occasion.

TAKAHASHI is the @CFFCMMA flyweight champ! 🏆 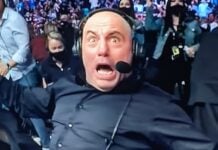