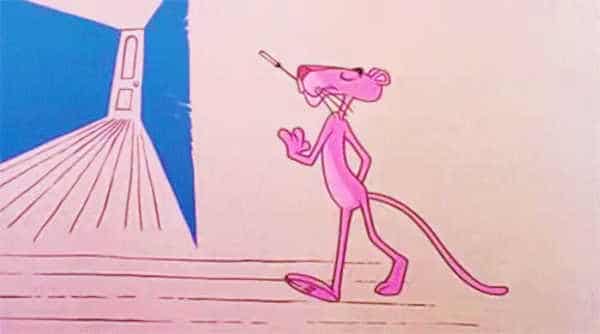 It is no secret that a large percentage of blue belts end up quitting Jiu Jitsu or taking a long leave of absence right after getting promoted, but nobody has ever been able to explain why until now…

White belts quit at a much higher rate but we can understand that. If someone doesn’t get really invested in training BJJ they will hardly even make it to blue belt.

But what about those who do make it to the next belt?

Why is it that after dedicating years to training, missing birthdays, reunions, family events, and literally shedding blood sweat, and tears to get that blue belt these people simply quit? Well, psychology has finally been able to give us an answer to that question.

First of all, I want to preface this by saying that there are no scientifically validated studies on this exact subject but the contents of this article are based on the psychology of human behavior as it relates to Brazilian Jiu Jitsu. So take it with a grain of salt…

Why do blue belts quit?

There can be a few reasons why but the first and most common reason is that people will make a blue belt the ultimate prize. In the pursuit of any worthwhile endeavor, there is always going to be a great sense of anticipation for the feeling that you are going to get from achieving that goal, many white belts see a blue belt as an ultimate goal that will bring them joy and satisfaction. But because they’ve built this moment up to be the ultimate prize, once they do get their blue belt they subconsciously stop striving for more because in their mind they reached their ultimate goal.

They got the blue belt, so now they can relax. This is not a conscious thought because we all know the journey is not over yet but whatever we repeat to ourselves we tend to believe on a subconscious level. This is why a blue belt might have every intention of going all the way to a black belt, but their mind is saying “Why to bother? We already made it”.

Another common reason why blue belts tend to quit is because of what is known as analysis paralysis. It’s no secret that this martial art will constantly test you and shatter your ego a hundred times, but that doesn’t make things easier. When white belts get to that level of blue belt many learn for the first time that the road ahead is only going to get harder and longer, once people get a sense that this might be a lot harder than they anticipated they tend to shrink. Maybe this has happened to you at some point.

For many blue belts, just thinking about all the time and effort it will take just to make it to purple belt becomes extremely overwhelming and it causes them to freeze and self sabotage their progress by quitting. Because if they quit they can at least avoid feeling disappointed or frustrating.

And our brains are naturally wired to avoid painful experiences (physical, emotional, or spiritual pain), so if that blue belt feels like the road ahead will be extremely painful they will most likely quit.

Last but not least, Overconfidence.

This tends to happen especially in classes where most of the students are white belts and one of them gets promoted to blue belt. This tends to trigger the famous “big fish in a small pond” mentality, causing that student to feel like they are so good they don’t need to improve anymore. Like I said before, Jiu Jitsu will constantly shatter your ego time and time again, yet there are still some egos that manage to survive and some students’ heads will get too big for their shoulders.

When this happens to a blue belt they will often just show up to every other class until the rest of the students catch up and start to really challenge them. At that point, they will either humble themselves and continue training, or (most likely) they will quit completely.

Often times teachers know their students and their personalities so they can kind of predict how they will react to certain situations. If you know that your student is getting extremely invested in getting a blue belt make sure to put things in perspective for them. If your student tends to shy away from challenges and gets overwhelmed easily, help them take a step back and take their training one day at a time. And if you know your student can be feeling him or herself a bit too much, make sure to show them where they need to get better and get them excited about their future in BJJ.

If you are a blue belt that has fallen into one of these traps, it’s never late to go back. Put on your gi and step on the mats again, don’t worry about belts, just roll and enjoy the sport and the martial art.