Looks like it all started with the picture that Paulie wasn’t really happy it’s online. It’s picture of him on the ground looking like he’s being knocked out there.

As soon as Malignaggi so the picture he retweeted on instagram: “Its not nice 2 paint a pic that isn’t true, this was a pushdown in sparring, post the whole video rounds 1 through 12 UNEDITED”

Paulie Malignaggi’s main concern is that he came to help McGregors camp and that he’s getting exposed. He said:

“I came to help this camp out, not to be exploited, now your gonna get the truth though. Post FULL UNEDITED VIDEO FROM TUES night”

He also replied to some guy with statement that he beat Conor Mcgregor’s ass.

Probably after some time when Paulie Malignaggi calmed down he wrote on twitter. Anyway, looks like Paulie Malignaggi couldn’t handle what McGregors team was searching from him. He couldn’t agree that everythis is set for McGregors happines and his promotion there. Or it isn’t? We’ll see in a future because this story definitely won’t end here. 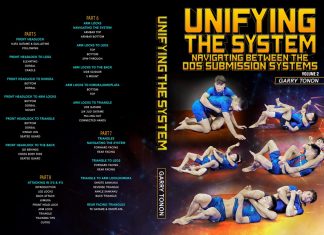 BJJ World - November 9, 2020 0
What is the best Danaher Death Squad DVD so far? Different folks will have different favorites, of course, but that was all until now....