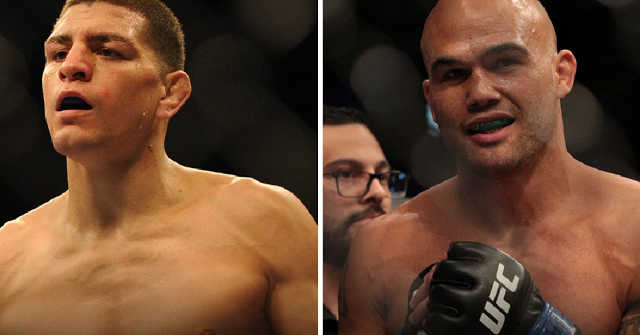 What surfaced somewhat unexpectedly in the media last week, and what Dana White confirmed is something that is being seriously worked on. Now it’s officially confirmed. Nick Diaz is returning to the UFC’s Octagon as early as this year with a rematch of one of his most legendary fights.

Reliable sources, including Yahoo Sports, wrote that the information was revealed to them by Dana White in person. Nick Diaz will be fighting at UFC 266 events against Robbie Lawler. It won’t be a title fight, but it will be contracted for five rounds. So it’s the second five-round fight in UFC history, not to be the show’s main fight or title fight. The first was Nick’s brother Nate’s UFC 263 fight against Leon Edwards, held last month.

The UFC 266 event has been scheduled for September 25. in Las Vegas, at the T-Mobile Arena. So far there is no officially confirmed main fight, although all the information says it should be Alexander Volkanovski and Brian Ortega. The featherweight champion and his challenger were the coaches in the current Ultimate Fighter season, whose broadcast is currently roughly in the middle.

Diaz and Lawler first fought in 2004 at UFC 47, as still two young and talented fighters. They provided an unforgettable fight that many still rank among the best in the history of the UFC. After a crazy first round full of action, then 21-year-old Diaz defeated a two-year-old opponent by knockout after a minute and a half in the second round. 17 years later, and with very vivid careers behind them, they will once again find themselves across from each other in the Octagon.

Nick Diaz (26-9, 7-6 UFC) has not fought since January 2015, when he was defeated by Anderson Silva, but that fight was canceled after they both failed a doping test. The 37-year-old fighter’s last win thus dates back to 2011, when he was better than BJ Penn in a comeback UFC fight. After that, he performed twice in really big fights. In the fight for the temporary title, he was defeated by Carlos Condit, and despite that defeat, he got the opportunity to fight for the right one, but Georges St-Pierre was better than him. They both overcame him by a judge’s decision. Diaz was stopped by interruption only twice. In 2002 from Jeremy Jackson in his fifth professional appearance and in 2007 when the doctor interrupted his fight for the Elite XC title against KJ Noons after the first round. The reason for the interruption was the cuts on Nick’s face.

As for the 39-year-old Lawler (28-15, 13-9 UFC), the most prolific part of his career happened after Nick’s last win. In 2013, he returned to the UFC after nine years of performing in other promotions, and by going down to the welterweight category he made a great series that led him to the title. He won her in late 2014 against Johny Hendricks, and then defended her twice in legendary fights against Rory MacDonald and Carlos Condit. He lost the title in the third defense to Tyron Woodley, after which he still defeated Donald Cerrone. After that, his negative streak started, which currently amounts to four defeats.

Whatever the current summary or form of these two, there is no doubt that the fight will be a hit. They both went through too much for fans not to want to see the clash of these two warriors again. They may not be the main fight, but they are the ones whose merit will be the result of the sale of the broadcast of the event where they will fight.