Do you want to build a style of grappling that’s completely unorthodox and very painfully effective? Then, you need a Neil Melanson BJJ DVD Instructional. Better yet, you could go for the entire collection, which has more DVD sets than any other grappling coach out there. Similarly to Neil himself, his stuff is different, to sayth the least. However, everything eh demonstrates works, and it works against all kinds of opponents. The Shoulder Pin Guard System instructional is just the latest in a long line of nutty stuff the Ground Marshall has come up with.

The Shoulder Pin Guard System is yeat another innovative No-Gi guard developed by a man with as crazy a grappling background as you could imagine. So far, every Neil Melanson instructional has been a real gem. He already has several different instructionals on innovative guards, al accompanied with these signature submissions that even catch wrestlers would think twice about using. He is highly effective, though, and this latest DVD speaks for itself.

Neil Melanson isn’t. Gordon Ryan isn’t. Jeff Glover certainly isn’t. There’s are just a few names that pop up when it comes to star grapplers who have unusual styles of fighting. In other words, it pays to be unorthodox in Brazilian JIu-Jitsu. Neil Melanson currently leads the way when it comes to people that like to use the Bruce lee type of methodology of incorporating everything that is useful into their style. 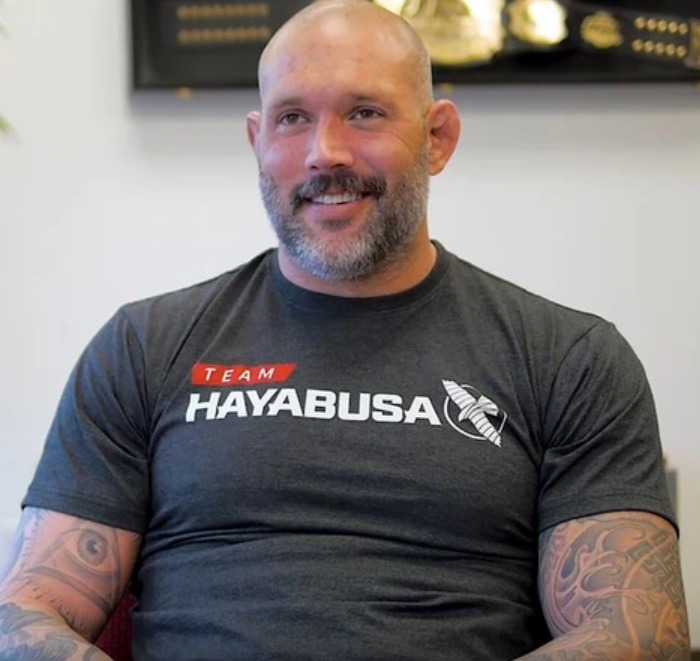 While Neil has had decades of grappling experience, in order to be unorthodox, you don’t need to go follow the same path. With all the instructionals available nowadays, it only comes down to choosing the right ones for you. Any Neil Melanson DVD fits this description, which means the next step is choosing which area of grappling you’re trying to improve. When it comes to guards, Neil has lots of different options but the Shouder Pin Guard System is just too easy to implement not get picked first.

Neil Melanson develops his own grappling systems, much like some of the greatest names of BJJ do. He is another of those that might not be too famous in competitor circuits, but he certainly is one of the most renowned grappling coaches in the world.  He likes to do his own thing and bases his grappling systems on efficiency and a healthy dose of pain and brutality. That is a proven formula to get results in the fight game.

Neil’s systems are based on his experience in Judo, catch wrestling, Sambo, and BJJ. He has trained with legends and has coached legends, accumulating an incredible level of grappling knowledge in the process. You can bet you’ll find some of this stuff unusual, and some won’t eve fit your game at all. that is perfect, because all you need is a few crazy ideas, like the Shoulder Pin Guard System, to completely change how you approach your game. And believe me, opponents will have no idea what hit them!

In a Neil Melanson Instructional, you are guaranteed to get several things. First of all, it won’t be anything shorter than four volumes. next, you won’t get a crazy amount of chapters per volume, but only a few. However, each of those few chapters lasts at least 10-15 minutes, meaning every chapter is a mini system of its own. That’s is one reason why his instructionals are so effective – you can use chunks of them and still have systems that include multiple options.

The Shoulder Pin Guard System features four volumes, starting with some basic info on the innovative guard. Several pretty painful submissions and the odd sweep or two are what comes with volume 2. The third part cover even crazier moves, all of the submission variety, and mostly focusing on shoulder locks. Finally, volume 4 goes over some of Neil’ssingature attacks – triangle chokes and some other originally stuff.

In the first part of the Shoulder Pin Guard System DVD, Neil shows several different grip variations that will allow you to control people from the bottom. Moreover, they help set up, and maintain the shoulder pin guard, after you learn all about the angel that makes it possible. A triangle choke from the basic shoulder pin guard position, as well as an entry into the Neil Knot, wrap the first volume of the Instructional up.

In part two, there’s not too much positional talk. But, then again, there’s not too much mumbo-jumbo in any Neil Melanson Instructional. The volume begins with an armbar, followed by several different varieties of brutal armlocks. Most notable are the belly down shoulder locks, which are as crazy as they sound, but are equally as effective too!

The combat half hip bump comes as a break in between all the submission options in this volume. The Neil Knot touched upon in volume one is really dissected here, from both the closed guard and off of an armbar, all stemming from the shoulder pin guard. 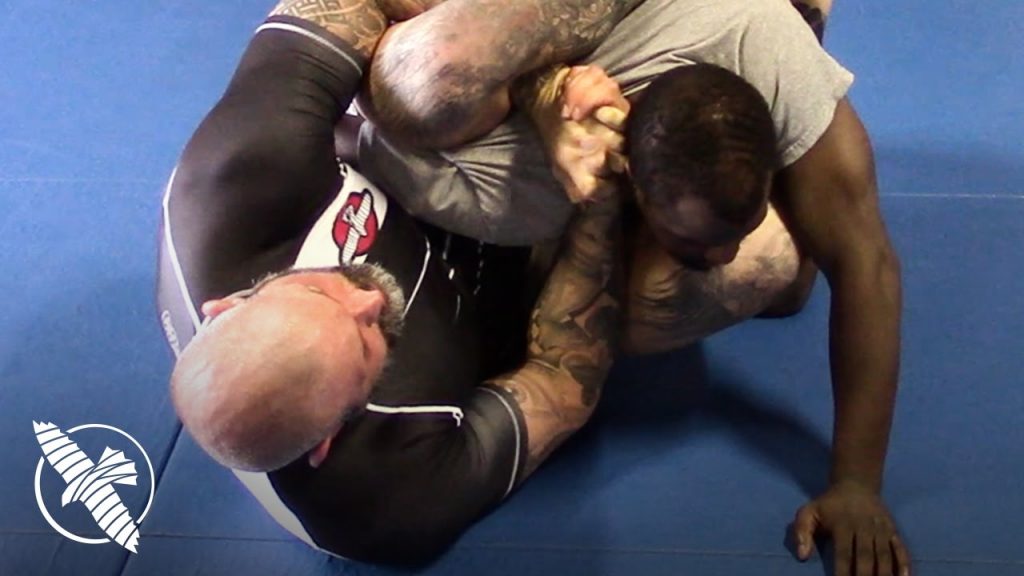 The Omoplata opens up this portion of the DVD, and in doing so, announces a full volume of shoulder locks. Omoplatas, hammerlocks, Kimura locks are just some of the submissions that are readily available from the shoulder Pin Guard System. A rolling belly-down armbar also makes an appearance, but the real underhock pin and the Boston handshake are the real stars of the show in this volume. You’ll have to see Neil demonstrating them to understand what they’re all about.

In the final portion of this Neil Melanson DVD, you get to learn the gogo clinch, which, simply put, is something that you’ll fall in love with immediately. Plus, it looks really fancy to spectators (if you can pull it off ina tournament). There are a few more armbars in this volume, but the real star of the show is the triangle choke.

An opposite hip triangle, the pullback triangle, the kingpin, and several other crazy things are a part of this volume, before a section non the butterfly guard, and some interesting ways of putting everything together wrap this typically atypical Neil Melanson BJJ DVD up.

There’s nothing too surprising about the Shoulder Pin guard System Neil Melanson BJJ DVD. It is yet another great instructional that will make you a better grappler. Moreover, you’ll not only learn a different approach to the guard but you’ll also start to think differently about every aspect of your game. Why be like everyone else when you can develop something unorthodox that will blow everyone away?