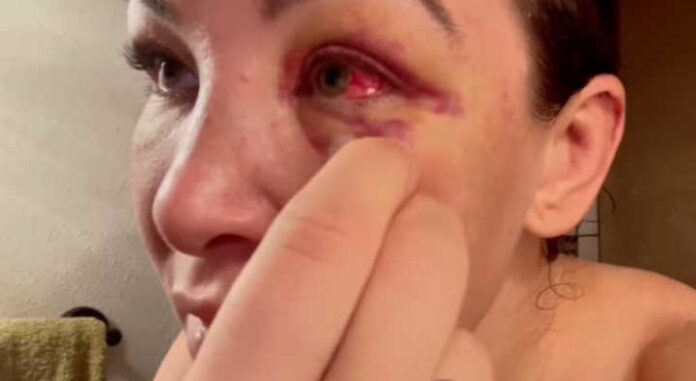 The former UFC champion, Miesha Tate, has decided there is no need to go to the doctor for a small procedure.

Miesha Tate failed to meet her ambitions in the second fight after returning from a combat retirement. After five rounds of fighting, Ketlen Vieira was better than her, and Miesha earned several cuts in the Octagon. The largest of these was under the left eye and this required medical intervention immediately after the fight.

The former UFC champion is “stitched up,” and a week later she decided to get rid of the stitches on her own. She decided to record the process and publish it on her YouTube channel.

“Who needs a doctor !? I heal very quickly and I’m ready to go back, but first and foremost these stitches have to come out,” Miesha wrote in a description of the video we share below.

Over the course of this week, Miesha has posted some of her views several times for which she has earned only praise. In addition to congratulating her opponent, she repeatedly emphasized that she was very satisfied with the whole experience of the fight and that she learned a lot about herself in it.

Would you have decided on this same move or maybe you have done it before? Either way, Miesha must be congratulated on her courage, but also on her true champion behavior after a fight that she unexpectedly lost.