Mackenzie Dern is one of the most famous female BJJ practitioners ever! The daughter of esteemed BJJ black belt Wellington “Megaton” Dias, Dern won pretty much everything she could in JIu-Jitsu. Still, at a very young age, she decided to transition into MMA and give something else a go. That was a few years ago. Fast forward to today and Mackenzie is in the UFC, a new mom, and coming off her first defeat in professional MMA. So far, she has been coping great with grappling defeat,s but will she be able to bounce straight back in the UFC?

To say that MMA fighters of today, barring a select few, are juggling a lot would be an understatement. Fighters nowadays, unless they’re Conor McGregor / Khabib level, actually have to work their a$$ off in order to be able to make a decent living. Mael fo female, the lives of MMA fighters are far from easy. Add to that the obligations that motherhood brings, particularly when it is a first child in question and you already have more than most people could handle. In the case of Mackenzie Dern, a multiple-time World BJJ champion, that also comes with the added pressure of performance expectations people have of her. How long will she be able to take it?

In terms of grappling it is safe to say that Mackenzie Dern is a legend of the sport. Currently, she is only 26 years old and already more accomplished than most lifetime grapplers. She has IBJJF World Championships in both Gi and No-Gi to her name. Those are followed by a UAEJJF Abu Dhabi Pro championship, and double IBJJF Pans and Europeans titles. She won all of these titles before reaching th age of 20. All that she is missing, is a medal in the ADCC. Still, in every match she has done, Mackenzie has gone all out, leaving everything on the mat. It is this Die-hard mentality of hers that has made some of her matches world famous.

As a featherweight (129 lbs.), Dern has never backed out of an absolute division. This brought about many memorable matches between her and heavyweight Gabi Garcia. After plenty of failed attempts, Dern did manage to beat Garcia at the World Pro in 2015. The Phoenix, Arizona native has amassed an impressive record of 75 wins, with most of her submission victories coming by way of a toe hold.

Dern was both a proficient grappler in both Gi and No-Gi and had one of the highest grade guard games in the entire sport. Some of the opponents she has beaten are Michelle Nicolini, Tammi Musumeci, Luiza Monteiro, Pati Fontes, Dominyka Obelenyte and many others. This comes as no surprise, given that she has been training form most of her life. Her father, Wellington “Megaton” Dias is behind Gracie Humaita and had Dern training since she was 3. Soon after her 2016 title run, she decided to transition into MMA. She did have several very memorable fights in smaller organizations before making the jump to the UFC. However, many wonder if she joined the big leagues too soon? 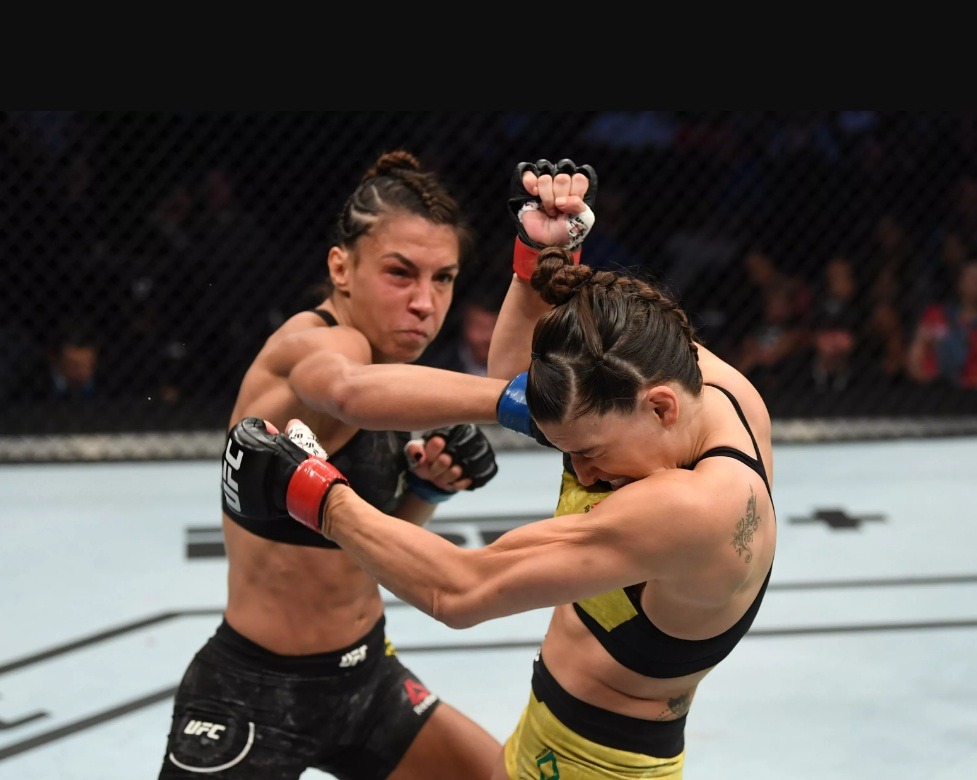 To be completely honest, Mackenzie Dern did start her MMA journey by making baby steps. After dropping out of the 2017 ADCC in the very first round, much to everyone’s surprise, she went on to commit fully to MMA. As such, she began in the Legacy Fighting Championship. She won her first match via decision, and really caught everyone’s attention with her second when she pulled off her signature rear-naked choke submission from an Omoplata position. It is safe to say taht this gave her the spring she needed to rise fast through the MMA ranks. Three more wins followed, tow of which in the LFA and one in Invicta before she signed with the UFC.

Still, Mackenzie’s road to the UFC was anything but smooth. She won her first two UFC fights, one by split decision and the other by a rear-naked choke. During that time it became apparent that her striking really neede a lot more work. As a grappling expert, she could always revert back to what she does best. Still it was only a question of time when someone would figure her out. Moreover, she never had an easy time when it came to reaching fighting weight. In fact, she missed weight on a few occasions, one of which was in the UFC when she cam in 7 lbs over the limit!

Her latest fight ended in her very first defeat, at the hands of the ultra-tough Amand Ribas. The fight did not go Dern’s way, as Ribas used perfectly placed body shots to completely expose her on the feet. Moreover, she very proficiently evaded any of Dern’s attempts at grappling. The speed and striking accuracy of Amanda proved too much for Mackenzie Dern, with the unanimous decision going the way of the Brazilian.

Right after her second UFC fight, Dern announced she was pregnant. This was yet another challenge to Mackenzie, given the growing expectations out of her. Being an MMA mom is extremely hard even when kids are older, let alone with infants! However, Dern showed tremendous dedication to return to the octagon after just four months after her pregnancy. 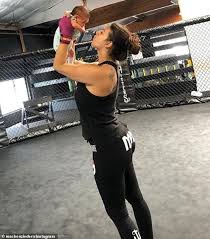 Mackenzie’s attitude, though, after her first MMA loss is exactly what a fighter should be doing. She sees the loss as a positive experience and is looking to bounce straight back. According to Mackenzie Dern herself, the loos only make her hungrier. In fact, not being undefeated any more seems to take the pressure off of her and she can now focus on taking more risks during her fights. Or so she told MMA Fighting.

Given how Jiu-Jitsu works, Dern is not unaccustomed to losing. That experience seems to be the most important one she took over to MMA from grappling. Moreover, she seems to hav found the perfect balance between her fighting schedule and motherhood. Dern finds peace in her daughter and it seems her new family is providing her with a drive a hunger we haven’t seen from her in quite a while. She now has her sights set on returning during an early 2020 Brazil card. Let’s hope she’ll bounce right back, and show other rising fighters, particularly BJJ and MMA moms how to balance it all and succeed.

Will Mackenzie Dern manage a successful UFC run? Will we ever see her back in grappling? The answers to these questions are not available yet, but we can certainly see how Dern is going to tackle these issues. Moreover, she is a great example of how people should approach losing, and find strength in their lives outside the mats/ring/octagon. I was never a huge Mackenzie Dern fan during her grappling days. However, I am inclined to see her fight in the UFC for as long as she can. Given that she doesn’t miss any more with, that is.