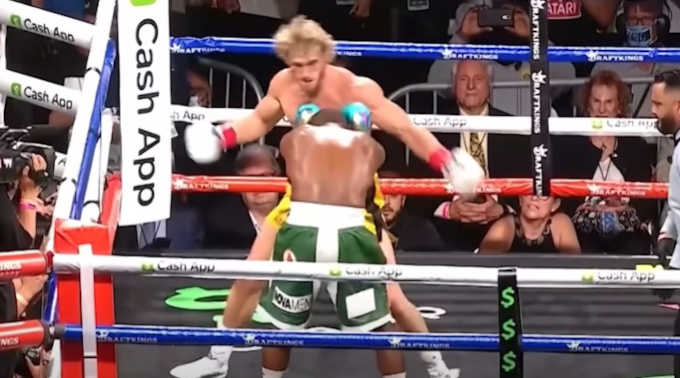 While many, until recently, would have found the idea of ​​a match between one of the best boxers of all time and a guy who makes funny videos unbelievable, the match happened. It happened in a way that had media attention and fan attention, as some of the biggest fighting trials. The match was a resounding success, no doubt about it, even though it was an exhibition, and what was seen in the ring was actually sparring.

Logan Paul is the one who can be happier with everything that has happened. He endured eight rounds and showed his progress. In addition, he showed some skills that could bring him closer to another martial art, for which he expressed interest.

“Indeed, I caught him a lot,” Paul told the media immediately after the match, commenting on a large number of clinch entries, adding that it actually comes from his background: “In time, I’ll definitely try MMA, no doubt about it. Because I’m a very good grappler. You know, I’m a grappler at heart.”

Paul wrestled during high school and achieved some significant results, and he continued to wrestle recreationally after school, when he had already reached fame, first through posts on the now-deceased “VINE” platform, and then on YouTube.

As for the match itself, Logan is pleased with how he did it, even convinced that he would win more rounds than the legend he had against himself in case of scoring.

“You know what, if the fight had gone to the referee’s decision, I would have won. Technically, that was the plan. When you fight someone like Floyd, against a legend, a boxer, you expect them to recognize your tactics and your plan. I think I hit him in the first round with a good shot and that’s where I warned him. But I have to be modest, just surviving against Floyd is great. He’s my second opponent in general. Hey, second opponent and right away Mayweather. Of course, I’m happy and I’m fine entertained, ”concluded Paul who later added that his only goal is to entertain people.

Entertain people, and also make bad money. To do something in which you are not good and in which there are a huge number of better professionals who can only dream of such an amount. The guy knows how to sell himself, no one can deny that.