With only a few days left till ADCC 2019, Cornelius is looking for a good Ophthalmologist. It’s not clear whether Keenan is out of competition or not but it’s very possible that he’ll be out.

Keenan Cornelius sent a strong message to everyone coming to training with any type of disease like viral conjunctivitis in this case.

“PSA: EKC is a form of viral conjunctivitis and it’s highly contagious. Don’t train with people who have eye redness. It’s doesn’t look gross always. Sometimes it’s just red-eye but can turn into something much worse.

DO NOT TRAIN IF YOUR EYE IS TURNING RED.
DON’T BE SELFISH” 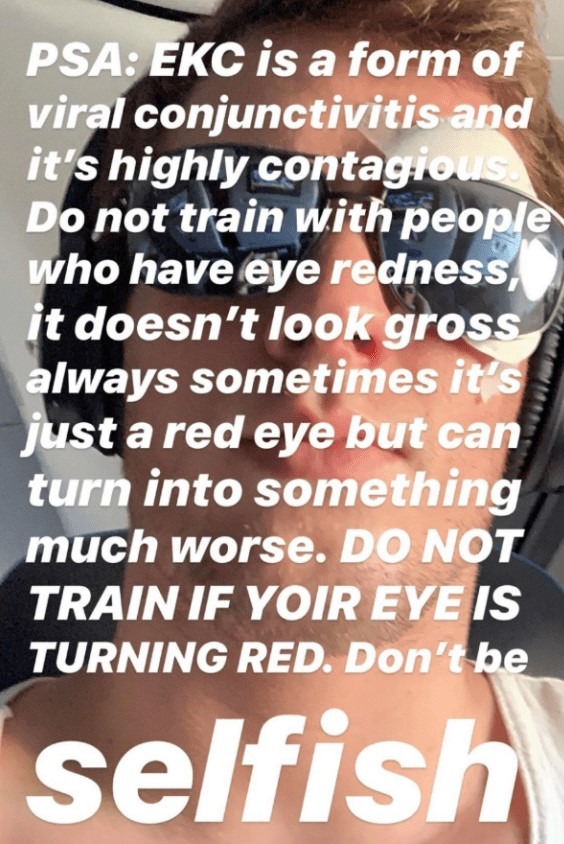 What is Epidemic Keratoconjunctivitis (EKC)?