There was a lot going on in a fight and after the fight between Conor Mcgregor and Khabib Nurmagomedov. There’s a lot of opinions about both fighters. For some, it’s pretty hard to believe that Nurmagomedov did what he did with that jumping over the fence and attacking Dillon Danis, Conor’s grappling coach.

Rener Gracie said one interesting sentence that a lot of people will agree with. “Conor Lost The Fight, Khabib Lost the night.”

“How ironic that after 25 years of MMA, there is less honor, respect, and sportsmanship in a fight than there was in UFC 1 when there were no rules and MMA wasn’t even a sanctioned sport?” – Rener Gracie

Check what else Rener and Ryron have to say about the fight in a video below.

Renzo Gracie on Khabib and his fight with Conor McGregor:

And our champion confirms once again… “A great friend doesn’t pull you out of a fight… He comes in with a flying kick.” @khabib_nurmagomedov is the man… Congratulations my brother on an amazing win, you never disappoint. 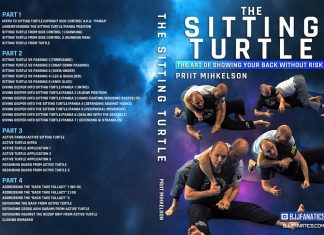 0
I have to admit, I’m really excited every time I see a new Priit Mihkelson DVD emerge. Until a few months ago, I truly...