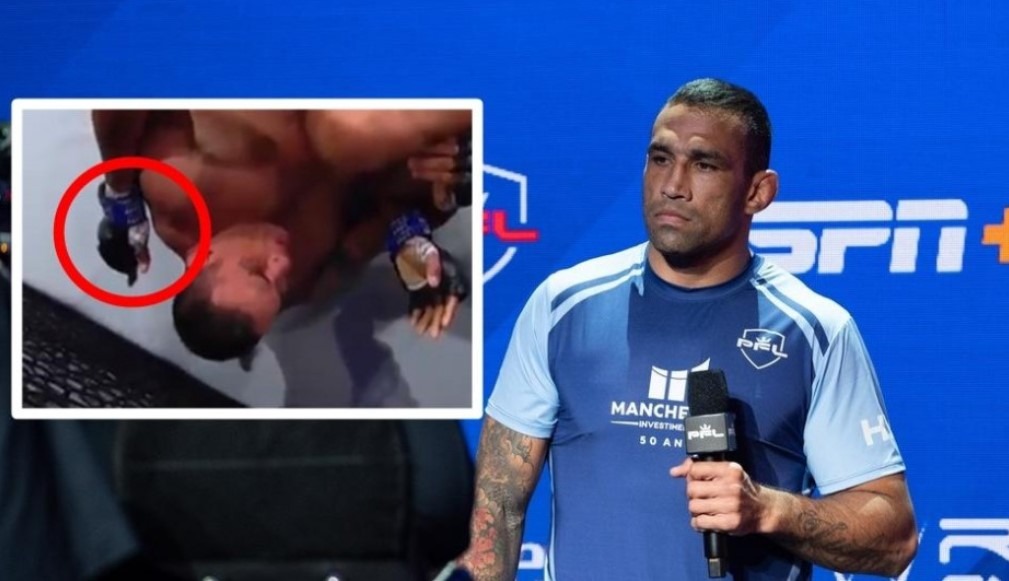 The incredible evening in Atlantic City was concluded by the Brazilian Renan Ferreira (7-2) who, to the surprise of many, stopped the legendary and favored compatriot Fabricio Werdum (24-10-1) by knockout in the first round.

For the former UFC champion, this was the first match since leaving the world’s leading MMA promotion, and he will be remembered for a very controversial situation.

In the main match of the PFL event held on Friday, Werdum very quickly moved the fight to the ground floor and found himself in a position to register a new victory and justify expectations by suffocating (triangle choke). It looked well-furnished, Ferreira was definitely in trouble from which he tried to get out with punches, and at one point, as the footage showed, he might even have tapped, but the one who was supposed to see it.

The referee in charge of this fight was on the opposite side and he missed the situation. In the meanwhile, Renan Ferreira caught some air and knocked out Werdum with a series of heavy blows, and grabbed six valuable points in the first round of this heavyweight tournament.

“I think everyone saw the fight. He tapped! I have respect for my opponent, so I stopped immediately. I have been fighting for 23 years and when someone taps with an open hand I have to stop. In my mind, the match was over. ” – Said Fabricio Werdum after the fight

Fabricio Werdum checks in with Sean O’Connell following the #2021PFL3 controversial no-call on the tap! pic.twitter.com/YOaLGAykYN

Check out the finish of the fight between Werdum and Ferreira:

Renan Ferreira unloads and gets the 1st round finish over Werdum!!#2021PFL3 pic.twitter.com/Udzl0nTtTj

An interesting fact is that Ferreira played Werdum in a film about Jiu-Jitsu legend named Fernando ‘Terere’ Augusto. (“The Black Belt – The real story of Fernando Terere.”)

‘Terere’ is a popular jiu-jitsu master and two-time IBJJF world champion in the middleweight category, and in 2004 he decided to try out in the super heavyweight division and lost to Fabricio in the IBJJF final. A movie about his life and career should have its premiere later this year.

In the title fight of the PFL 3 event, Kayla Harrison (9-0) justified the role of a huge favorite and stopped Mariana Morais (16-11) with a technical knockout in the first round.

Undefeated Harrison very quickly caught her opponent in a clinch and after 45 seconds moved the fight to the ground floor. And once she found herself where she was strongest, Kayla ended up in a ‘full mount’ and with a series of blows shortly afterward forced the referee to stop the match.

Heavy ground and pound from Kayla Harrison! This one is over! #2021PFL3 LIVE NOW
🇺🇸 ESPN
🌎 https://t.co/WfOt9XBfzk pic.twitter.com/d7f7M1ZX7q

For those unfamiliar with PFL’s scoring system in the first part of the tournament, winning by a break in the first round brings six points, in the second five, and in the third four. Winning by referee’s decision brings three points.

The final winner of the competition in each category is awarded a million-dollar prize.