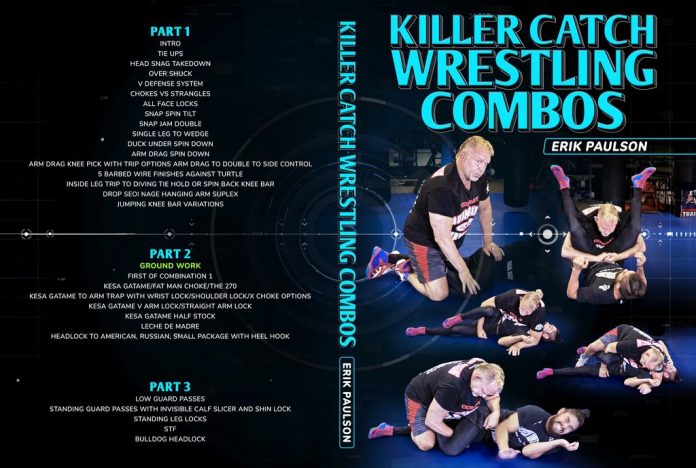 If you know your BJJ history (and I mean really know it) you’ll be aware that catch-wrestling had a huge role to play in the birth and development of Brazilian Jiu-Jitsu. Oh, you didn’t know that? Let me elaborate a little. Did you really think Mitsuo Maeda thought Carlos Gracie pure Judo and Carlos came up with everything else that we know as BJJ on his own? Maeda had hundreds of catch wrestling matches across Europe before ending up in Brazil, so what he taught is was a mixture of Kodokan Judo and European catch wresting. In fact, distinct catch wrestlers still have a lot to contribute to BJJ these days as well, and that’s exactly what this Erik Paulson DVD called “Killer Catch Wrestling Combos” delivers.

Erik Paulson is aligned when it comes to MMA and grappling. He is a black belt in multiple martial arts and a Shooto veteran with an impressive record. What he is most known for, though, is teaching. He is the man behind some of the best MMA fighters of modern times, and he is an impeccable grappler, thanks to his catch wrestling background. For me, any Erik Paulson DVD is more than worth owning, and especially one that he calls “Killer Catch Wrestling Combos”.

A Scary Human Being

Erik Paulson is a scary human being, and I mean that in the most respectful way possible. He is a black belt in Taekwondo, Judo, and BJJ (the last under Rigan Machado).  It suffices to say, he can fight, and most notably, he can grapple. His MMA record stands at 11-4-2, back in a time when the only folks who dared fight in mixed martial arts were a handful of savages. 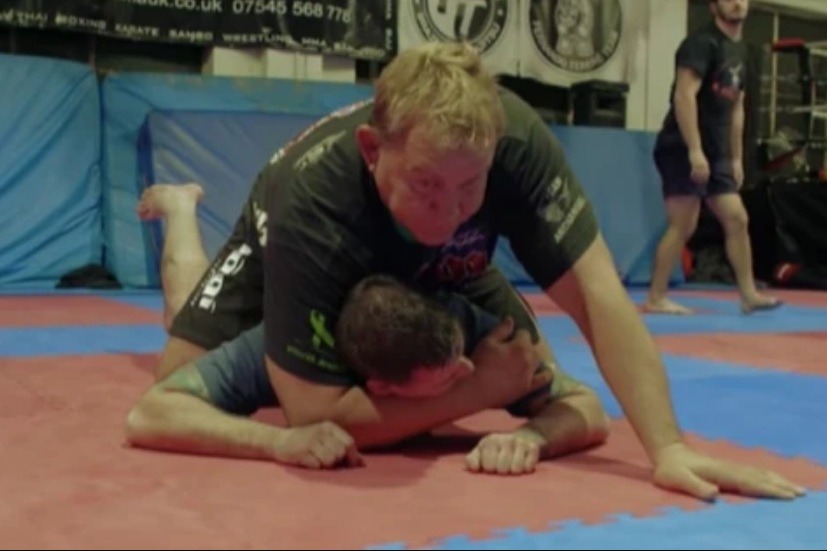 Erik started off as a Judoka at a very early age. That quickly led him to Taekwondo, boxing, and Karate, before switching attention to a more practical style in Jeet Kune Do. He trained JKD with Dan Inosanto, and eventually ran into Rorion, Royce and Rickson Gracie, and picked up BJJ as well. You can see that even his coaches are all high caliber martial arts legends. He did not stop there, but added legendary Japanese shoot (catch) wrestler Yorinaga Nakamura to his coaches, learning some really painful land highly efficient grappling moves along the way.

Currently, Paulson runs his successful CSW academy from Fullerton California. The CSW has affiliations all around the world and is known as the hub for big names in MMA and grappling, like for example Sean Sherk, Josh Barnett, Cub Swanson, and plenty of others. He has several instructional outs, mostly older ones one different subject, like leg locks, and clinching. This latest Erik Paulson DVD, however, is a real game-changer. “Killer Catch Wrestling Combos” bring s together decades of experience in training, fighting, and coaching to help you elevate your grappling to a whole new level.

The subject of catch wrestling for BJJ has been talked about in-depth before. All in all, it is a submission abased grappling style that has lots to offer to BJJ. All it takes is keeping an open mind and going deep into the world of catch.

Initially, catch came about a pastime for British sailors when they were bored. It soon turned into a sport, and as they migrated towards the US, it became a thing in carnivals and circuses. Wrestlers would challenge the crowd and never knew how big, strong, or capable their opponent would be. OS, they called it catch-as-a-catch-can wrestling, meaning that the goal was to submit someone as fast as possible, via any means possible, in order to ensure the “champion” never loses. This gave birth to an entire system of submission, lots of them focused on leg locks, neck cranks, and bent armlocks, which eventually helped BJJ develop as a submission grappling style, rather than just a purely positional one, like wrestling.

It is clear that catch wrestling, which is still at large nowadays, has lots to bring to BJJ, in every possible department. That’s why an instructional by a BJJ black belt and esteemed catch wrestler like this Erik Paulson DVD is something you can’t miss out on. Picking up the “Killer Wresting Combos” DVD is a no brainer, really.

What should you expect from this Erik Paulson DVD? Lots of pain (for the opponent) and lots of quick victories (for you). Given that catch wrestling is, at the core, wrestling, there is quite a few takedowns in there, although they’re different in nature, Having the ability to submit someone, changes how you approach takedowns and tie-up, which is exactly what Paulson dedicates lots of attention to. Of course, submission and ground control are not far behind too.

The first part of this three-part instructional feature standing techniques, tactics, and principles. The following two volumes focus more on the groundwork, with the most painful ways of controlling and submitting in the spotlight. Erik’s immense experience is more than evident, and he is very precise and to the point with all of his instructions. In fact, let’s look at the “Killer Catch Wrestling Combos” instructional piece by piece.

Part 1 – Taking The Fight To The Ground

Opening up is a volume that covers the standing portions of what Erik considers to be catch wrestling essentials for any grappler or MMA fighter. After a short intro, he goes to explore the defensive side of things first and foremost – how to never get tied up or taken down. For that purpose, he explains his innovative V system that makes complete sense.

On a more attacking note, he focuses on tying up the upper body first, rather than just shooting for takedowns across great distances. Shucks, arm drags, snap downs, and leg trips are joined by the occasional Drop Seio Nage to surprise anyone you might come up against. However, in true catch wrestling style, this Erik Paulson DVD covers submission-based ways of going down, which include lots of kneebars, face locks, and other painful moves. Keep an eye out for the “barbed wire finishes” against a turtled up opponent. There are five of them, and they’re all things that seem like they were forged in Hell.

Fittingly, a Seio Nage hanging arm suplex wraps the first portion of this DVD instructional up.

Part 2 – Keeping The Fight On The Ground 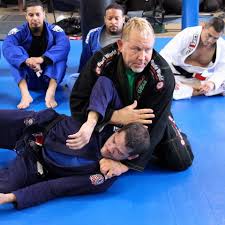 Give that after you complete the first portion you’ll have more than enough ways of getting a fight to the ground, Erik now shifts the focus on controlling the opponent on the bottom. This is also where he starts to introduce his combinations, that include different moves or moves and principles in order to not just get you control and a tap, but also confuse your opponents.

For example, he demonstrates attacks from the Kesa Gatame (Judo Scarf hold) that start with positional control, goes into the “fat man choke” and eventually, open up an opportunity for the 270, which you’ll have to see to believe. Several more Kesa Gatame combos follow, including every possible type of submission combination, from the wrist and arm locks, to leg locks and X chokes. My personal favorite of the entire second volume is the leche de madre (mother’s milk) section. You’ll know it when you see it.

Wrapping up is yet another crazy volume of Killer Catch Wrestling Combos. This volume has the fewest chapters, but they’re all long ones, given that Erik Paulson demonstrates combinations, rather than just single moves. Interestingly enough, there are guard passes in this portion of the Erik Paulson DVD, and more precisely, low passes.

These passes lead into combinations that include leg locks and headlocks, and lots of them. In fact, some of them are so unexpected, that Paulson rightfully calls “invisible”. Moreover, some of the headlocks and leg locks, which do not include neck cranks and heel hooks are legal at every belt level, which is going to come as a surprise to whoever it is you’re fighting.

I’ll always go for an Erik Paulson DVD whenever I come across the chance to get one. From the early days of leg locking, his older instructionals have really taught me a lot. “Killer Catch Wrestling Combos” just takes things to a new dimension, opening up stuff you’ve never thought of using in BJJ before. The best part is that everything is simple to understand and doesn’t’ take ages to learn and incorporate into anyone’s game, Gi, or No-Gi.