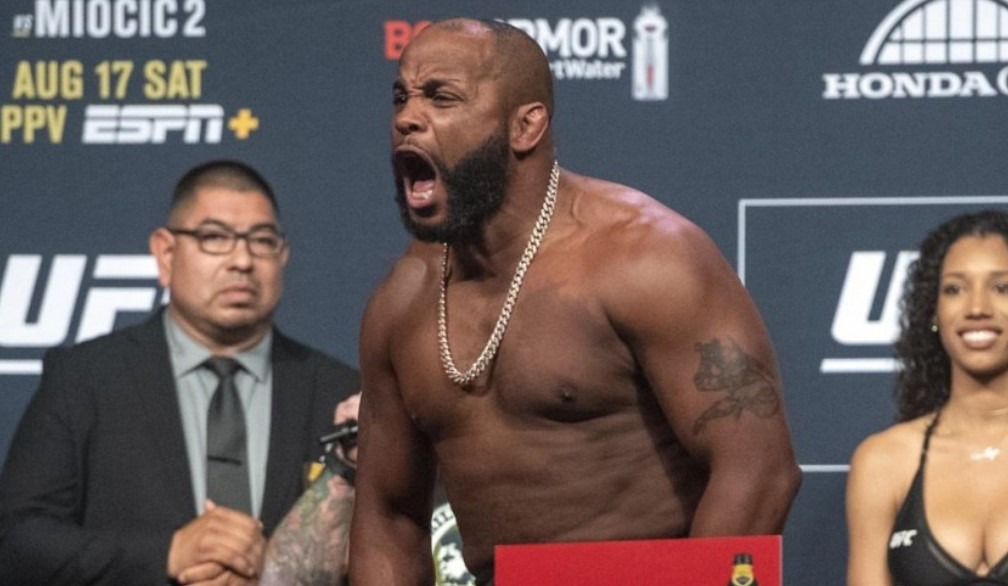 The scenes seen after the match between Jake Paul and Ben Askren did not sit well with Daniel Cormier. This especially refers to the behavior towards Tyron Woodley, who was in Askren’s corner, and who eventually came to Paul’s locker room to express a desire to be his next opponent. He greeted the ridicule and behavior of Paul and his team without any respect.

This was not to the liking of Daniel Cormier, who reacted via Twitter, mentioning by the way boxer J’Leon Love, who sided with Paul. Love was part of Paul’s team, he was in his corner, and in the end, he was one of those who treated Woodley with no respect.

“My skin cracks from the very way he talked to Tyron Woodley. All those kids need to learn a lesson. J’Leon Love, you don’t know how to fight. Try to respect guys like Woodley before he puts his hands on you. He’s not Ben!” Cormier wrote, for Jake Paul’s response to come quickly.

“All right fat man. You against me, J’Leon against Woodley,” Paul wrote to Cormier in response, asking Woodley to fight the said Love.

But Cormier quickly calmed his passions. Not because he wouldn’t like to charge Paul all his words, but above all, because he doesn’t see the point in such a fight.

“That guy would never fight me because I would kill him. Why would I ever fight someone like that? My reaction to everything was that because I can’t stand that guy. But who beats weaker and less than himself? I am a man who is in the Hall of Fame, who held two world titles at the same time. I will not go down to the level of a YouTuber who says that I am fighting against him. I want him to fight Tyron. I want him to fight someone real, not Ben Askren at 86 pounds, “Cormier told ESPN, adding another suggestion:

“Fight a middleweight fighter, fight Luke Rockhold. I want to see you against Luke or someone like that. Do that match and then I’m not just going to say you have basic skills, I’m going to say you’re a real fighter. Right now you’re just someone pretending to be such.”

Cormier of course has no desire to return to fighting, as he enjoys his job at the UFC and at ESPN. But he admits that Paul has quite managed to irritate him with his way of expressing himself. But it will be enough pleasure for him to be punished by one of his fellow MMA fighters. As he himself said, he will not descend to that level.