BJJ is full of weird and unusual things. This is true for techniques, definitely language, and terminology, but also for some occurrences that are unique to the art. Some are cool, others are not, and some are just out there causing you to wonder “why”? One slightly controversial subject out there that falls under the “weird” category is BJJ sandbagging. What happens with sandbagging is actually very interesting, particularly given one of Jiu-Jitsu’s largest claims – that Jiu-Jiteros have no egos. Well, why si sandbagging such a big deal then?

I can’t help but marvel at how many things BJJ makes me wonder about. This art of ours is crazy and beautiful, in the most unique ways. BJJ sandbagging is something that people, mostly blue belts are having a field day with. It is not just blue belts, though, as sandbagging can and does affect others as well. It is just the blue belts that end up with the most bruised egos. However, I see more as a fun thing and a teachable moment rather than a problem. Not all share my opinion, though, so let’s discuss things further. 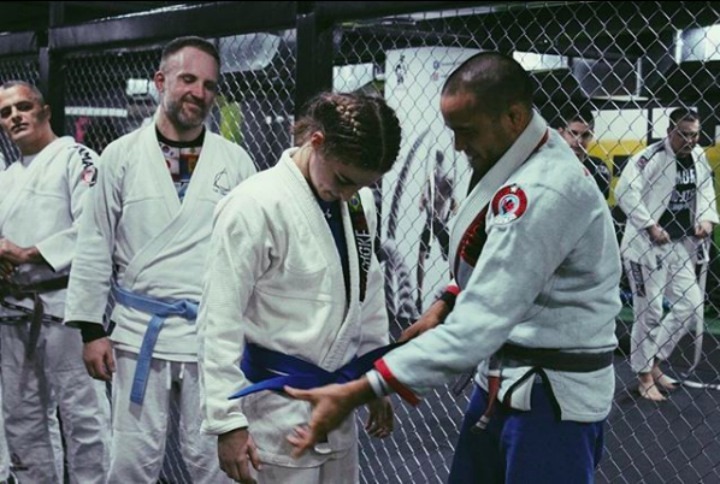 Let me paint you a picture. You’re in the gym, a blue belt with two stripes and about three years of overall training experience. You’re also a competitor and a tough one at that. When you’re rolling, you’re a real nightmare for all the white and blue belts, and even most purple belts at the academy. Then, a new guy walks in through the door. He doesn’t have a Gi, he’s as white as a white belt can be. You go out to play your usual game but you soon discover the’ nothing you can do and you end up crushed under immense pressure. What just happened?

Sandbagging is a term that refers to people competing in divisions or at levels that are way below their actual experience. We will get back to BJJ sandbagging in grappling competitions later on. For now, let’s discuss sandbagging as a concept. Sandbagging is a term that’s often used in sports like golf, or racing. In other words, it is when you decide to compete in a bracket that is well under the level of your skillset. Done in a competitive format, it is most definitely a form of cheating.

In BJJ training, though, sandbagging is not really a thing. It is just a great way to paint the picture of what you might run into at a tournament. In the gym, you’re going to tap out and have hard rolls anyway, given the belt rank structure. However, it does seem most blue belts have real trouble with the fact that someone from the outside can come in and shut their entier game down without a day of Jiu-Jitsu training. What doesn’t occur to them, though is that they might just be up against a Wrelsting D1 champ, a Judo black belt or Sambo master.

The Curious Case Of BJJ Sandbagging

Once again, BJJ sandbagging only refers to things that happen in tournaments. Stop acting spoilt and accept that the wrestler that just walked through the door will give a hard time to 90% of the people in the gym. That’s skill though and not sandbagging.

In Jiu-Jitsu, there are cases of sandbagging in competition. However, if you take a look at most of the claims, you might just see a pattern there – people like to use BJJ sandbagging as an excuse. particularly at black belt. The fact of the matter is, that when you reach a BJJ black belt, you enter a whole new area of Jiu-Jitsu. You’re now in divisions with plenty of people that have been black belts for the better part of 30 years. Yeah, some of them have been training since they were kids, so you might just end up being completely dominated by an OG. 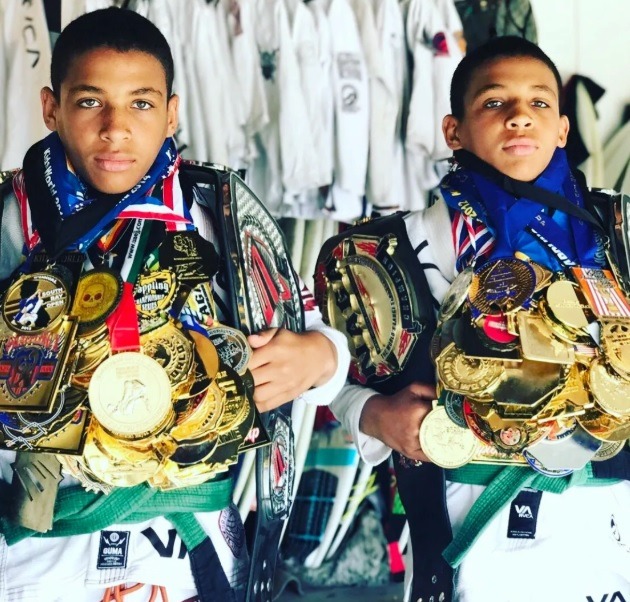 That said, this is not sandbagging either. It is just skill and experience. It is dumb to complain about being beaten by someone who is better than you. Let’ me put it in a perspective. If you’re with the same black belt since day one, the moment they award you your black belt, they’ll have at least a decade more experience than you at black belt. That’s before even mentioning how long they were a black belt before you decided to start BJJ. And on top of it all, how long they have spent at colored belts prior to that.
Accusations that people who have been training since a very early age are sandbaggers are completely out of line. So is using sandbagging as an excuse for losing, whether you’re the athlete or coach of an athlete. At the black belt level, there’s no sandbagging.

BJJ sandbagging does exist, though. It is possible to see it at every level below black, but it is usually most prominent among blue and purple belts. The belt system and competition formats usually prevent people from being able to sandbag on their own. That means you can’t really go and register for the blue belt division as a brown belt. However, there are certain things, like holding people at a certain belt level for longer, that people think is BJJ sandbagging. I still don’t think it is sandbagging. Sometimes, people need to spend more time competing at a certain division and the why is only clear to the coach. It is not cheating, though. There are plenty of reasons for holding back on a promotion, and they don’t all have to do with how well someone is doing in competition.

Real BJJ sandbagging is when academies sign people up in lower divisions. This does happen, with the clear goal of giving a certain grappler the best chance at winning. That means, though, that all the other athletes practically get robbed of a chance of having a fair shot at winning the tournament. Although rare, due to the rules and system, this does happen. And it is right out there in terms of severity of cheating as is the issue of transgender grapplers.

Another example of real BJJ sandbagging is letting a Judo black belt or a D1 wrestler compete in the white belt divisions. Some promotions do have rules about this, but they’re not quite clear and are easy to cicrcuimvent. While it may seem like someone new to BJJ should be fighting in the beginners’ division, with people coming from grappling martial arts, particularly those with submissions, this is just not the case. And yeas, that’s sandbagging, and it is cheating.

Cheating is not fun. BJJ sandbagging, though is not always cheating. In fact, it very rarely is coming to make a fuss about. In most cases, people just try to justify why they or their athletes lost to a better opponent. It is one of those idiosyncrasies of Jiu-Jitsu that are always a debate, but never seem to lead anywhere near a solution. As long as you’re not doing it on purpose and in the worst possible way, then have your fun.