How much Brazilian Jiu-Jitsu are you training>Is it enough? These are questions you’ve probably asked yourself, your instructor, and most of your teammates. However, it is the question others, mostly in the form of parents and/or significant others are asking that we should really pay attention to. You know what I’m talking about; it’s that pesky “don’t you think you’re training too much?” question. BJJ overtraining is not just possible, it is probable that you’ll experience it on at least several occasions. How do you go recognize it and what can you do to reverse the effects? Read on.

BJJ overtraining is something we barely mention when we train. We don’t like to think that there’s such a thing as too much Brazilian Jiu-Jitsu. Our bodies, though, and after a certain point, our minds, tend to disagree. Sometimes (just sometimes) it is better to take into account what others tell us, especially when more than one person says we’re doing too much work. All jokes aside, overtraining is a real thing, and not something that only weight lifters experience. In fact, BJJ overtraining can be a lot worse on both the body and mind than any other type of physical training.

What The Heck Is BJJ Overtraining?

In terms of athletic overtraining, there are definitions that include a lot of fancy medical talk, like the sympathetic and parasympathetic nervous system, mental burnouts, and the likes. It is all true, but you don’t need to go about learning medicine and psychology in order to figure out if you’re doing too much work. The symptoms, of BJJ overtraining, as similar as they are to those of athletic overtraining, do have some specific aspects that are unique to them. 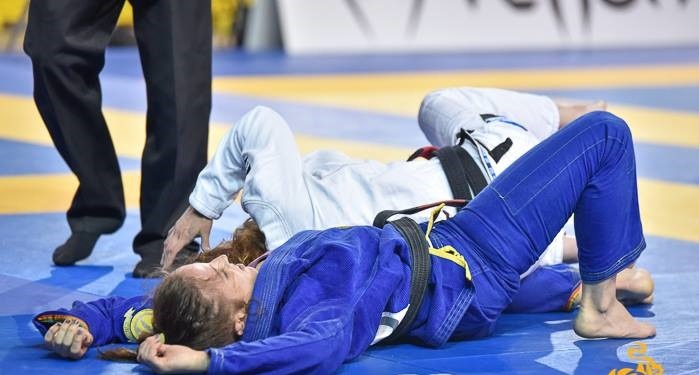 BJJ overtraining doesn’t always have to do with how many times a week your train. You could train every day of the week, and never experience overtraining or fatigue symptoms, It also doesn’t have to do with hitting a plateau, at least not always. Mostly it is about intensity, and the type of BJJ classes you’re taking that will define whether you’re overtraining, and more importantly, how far “gone” you are.  Jiu-Jitsu is difficult even if it the only thing you’re doing in a day, let alone if you’re juggling every other aspect of life.

We’ll talk more about the “symptoms of BJJ overtraining later, but the important thing to know now is that you’ll be the first to notice something not quite right. When others start telling you you’re doing too much jiu-jitsu, you’re already in an overtrained state.  Simply put, overtraining has to do with those periods when you’re starting to feel “off” in everything you’re’ doing, form rolling to technical work, and even drills. Timing, selection of responses, your desire to train, the ability to retain knowledge, or communicate to teach will all start to suffer as you’re nearing, and entering burnout.

Recognizing You Need A Break

As a grappler, I can tell you that the hardest thing about BJJ overtraining is not recognizing it. The hardest thing is accepting it, and looking to solve it, even if it involves staying off the mats.  The signs of doing too much grappling can be subtle, or they can be really pronounced. It is different for everyone, but there are common areas in which you’ll notice that hinges aren’t going exactly as planned. Here’s where you’ll start to notice changes first:

Are you able to retain knowledge from class? If you’re suffering from an informational overload in terms of technical information, nomenclature, or concepts/ideas, you are most likely trying to take in too much too quickly. Of course, we have to factor in the teaching style and academy approach. However, if you’ve been doing great, and are now finding it more difficult to cope with the information, it is perhaps down to you spending too much time on the mats. Especially if you notice you learn less by spending more hours in the gym, as opposed to before.

As expected, if you can’t process information, you won’t be able to add to your game and progress in Jiu-Jitsu. Progress stalling doesn’t always have to do with BJJ overtraining, though, However, when ti ties in with other things you notice here, like trouble retailing information, the physical, mental and emotional aspect s of it, you can be sure you’ve crossed the point of diminishing returns.

Remember how you felt when you started training Brazilian Jiu-Jitsu? Moreover, all you competitors out there, do you remember how that first competition felt? Well, if you’re experiencing similar aches and pains of unknown original across your body, without any apparent reason, you can chalk it up to overtraining. Even more so, if you’re feeling like that on days off, or during your day when you’re not training, you can safely assume you need a break. 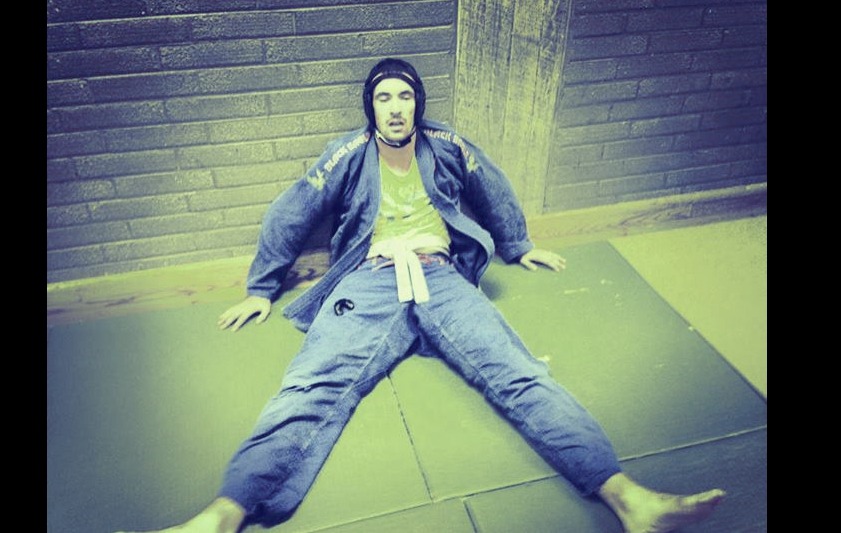 Something that clearly going to change when you do too much Jiu-Jitsu will be your mood. Getting cranky, annoyed at teammates, letting your ego emerge during rolls, getting angry about moves not working, failing at escapes because you’re not thinking about what you’re doing, etc. are all things that indicate you need a break. While we might have a bad day on the mat from time to time, the goal is to have fun and feel great about it while we’re training. Having mood swings, and or anything of the symptoms above just means you need to consider overtraining as the cause.

This is huge. People often attribute nutrition, supplemental training, or even daily activities as the causes of low energy levels on the mats. However, if your energy levels are fine outside the gym, but are going down with no explanation when you’re training, you need to be honest about it with yourself. Spending too much time on the mats can result in you not enjoying training. If you’re overtrained, both your body and your mind will be trying to tell you to stay away from whatever is making them tired, hence no energy to partake in grappling activities.

Last but not least, mat performance is probably the biggest indicator in terms of BJJ overtraining. If you do too much BJJ you’ll start to think too much in exchanges,. It ties in with system overload and the mental state. The result will be an inability to apply techniques when rolling, and/or missing key moments of technical practice. If you can’t get your favorite submission on anyone anymore, it is not that everyone in the gym progressed at the same time. It is more likely down to you, and your body trying to let you know that you are spending way too much time doing the same thing over and over again.

How do you recover from BJJ overtraining? Easy. Stop with training entirely, A couple of weeks is the least amount of time you should spend away from the mats. Yes it will be hard, yes you’ll have withdrawal symptoms the first few days, but it is absolutely mandatory.

Speaking of taking time off BJJ, I mean taking time off everything BJJ related. No videos and DVDs, no podcasts, no BJJ books, no solo drills at home. Instead, focus on something different you enjoy doing. Maybe hike, try yoga, go to a spa, have fun in a sauna, cook, hike, or simply catch up on every episode you’ve missed on Netflix. Recover doesn’t have to be foam rolling and stretching, especially given that your mind and endocrine system need a break on top of your muscles.

Managing stress, eating well, trying to spend some time outdoors, traveling, spending time with family are all great ways of letting your body “detox” from BJJ for a short while. While you’re at it, try and figure out a training schedule for when you come back that will prevent you from going straight into overtraining again. Instead, schedule days off, try and figure out how to manage intensity, or just drop a class or two you’re taking at the moment. You’ll never learn BJJ anyway, as it is an endless thing that’s too much for a lifetime. Instead, focus on enjoying it as much as you can.

BJJ overtraining is not something you can hope will pass. It is also not something that you can never experience. It is as much a part of the game as injuries, bad days on the mats, and training plateaus are. That just means that you’ll need to manage it correctly so that it doesn’t’ impede your progress in the long term. All it takes is the guts to resist going to training the first few times.