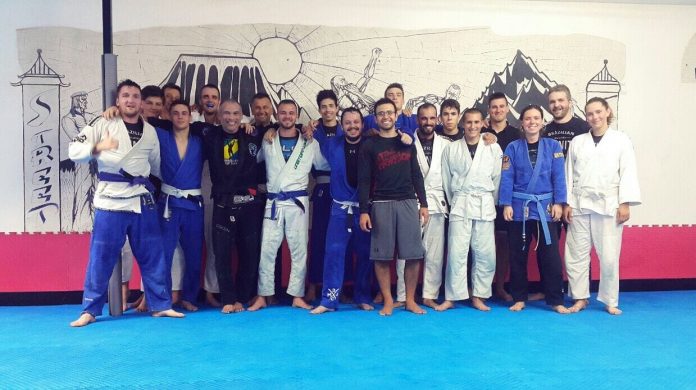 The United States, since the Founding Fathers wrote the Constitution, has been a melting pot of people, cultures, and folklore. My family isn’t any different, my grandfather came to the states between the two great wars to escape poverty and provide a better life for the family back home. My ancestral curiosity was never a strong one, but with Croatia gaining large popularity among tourists, and with Stipe Miočić my wish to visit the old country grew stronger.

The decision was made: this July I am going back to the roots; visiting Croatia and seeing as much of the country as possible and get some rolling in with the locals. I don’t know if you heard and Wikipedia claims that this small country has, wait for it; 1244 islands!

So the itinerary is: Landing at Dubrovnik (everybody told me that this one is a must), then afterward 4 days in Split, close to my grandfather’s birthplace, and then of to the island of Hvar (thanks for the recommendations Julie)

Dubrovnik – even before I landed I knew this was going to be special. To have this city as a touching point for my back-to-the –roots-vacation brought tears of joy to my face. Ok, maybe not actually tears, but I was getting pretty emotional. Absolutely everybody should visit this place once in a lifetime, not only if you are a GOT: Kings Landing fan. The historic city, frozen in time and the best fish dish I ever had in my life, honestly, nothing else comes even close, left me with a sense of „Homecoming“ I googled about BJJ clubs in Dubrovnik, nothing came out, except an MMA academy which I planned to visit. Unfortunately, things took a turn towards a more leisure vacation when I met a couple of guys from the States in the local bar, who was just in the middle of a discussion that could be titled „how is a place like this even possible“? After one of the most enjoyable nights out in my existence, I woke up in my hotel room in the early afternoon hours with a headache that clearly stated that there will not be any hard rolling today. Word of caution; Croatian wine is something to dye for and like any wine, not suitable for consumption with other liqueur. Went to the beach and when I returned to the hotel room, it was already too late to contact the guys at the gym, and I was already late to make any arrangements. Tomorrow afternoon I am going to Split and this time I will be prepared.

The next day, on my bus to Split I am doing my research about the Split Jiu-jitsu scene. Apparently – Stipe Miočić and Mirko Cro Cop aside, Croatians are very big on fighting. For example here are some other well–known Croatian champions; Pat „The Croatian Sensation“ Miletich – the first UFC Welterweight Champion and Branko Cikatich – the first K1 champion ever – end he is from the same part of Croatia as my grandfather – the antic city of Salona! Scanning all the BJJ clubs in Split In fear that I do not repeat the same scenario as in Dubrovnik. I immediately started investigating the BJJ clubs in Split and I chose Infinity BJJ Split. A snoop through their Facebook and webpage – more than a fair amount of people in the pictures; guys and girls, and a couple of people my size (I’m 5’9, 170 pounds). For all of you Brazilian Jiu-Jitsu Globetrotters out there one thing to note: Croatia is a giant country, most of the guys and ladies here are Amazons. I don’t know if it is food, water, or something else but they grow them big here.  So I dial the contact phone number provided and after a few minutes, I arranged a training class the same evening with the BJJ coach Dino Moskatelo.

As soon as I got to Split I am bedazzled – sun, sea, and the beautiful 1700-year-old city in the heart of it all. Never seen modern life in such a harmonic coexistence with the antic palace – people actually live inside the old city center! Another Game of thrones site, but I tried to stay focused, I have a Brazilian Jiu-Jitsu training session within two hours. Before my trip I contacted a local travel agency specialized in providing assistance to traveling martial artists – thanks again Ursus Travel! After the employee helped me in finding the apartment among hundreds of narrow stone streets, he called the Infinity Jiu-Jitsu Academy Split gym and provided me with the map of the location, and called me a taxi.

Finally at the gym, here we go. I enter the gym and do the initial look-around, some younger guys in their teens, some people in their twenties, and a few seniors. Around 15 people were on the mat. I get introduced to coach Dino, Dominic, and some other senior guys. Everybody is just positive and fluent in English which makes the experience a lot easier. So, we start to warm up and during that time more people are coming in, (glad I’m not the only one who is usually late to class) everything feels casual and easy-going, with a lot of smiles and fist bumps. I think to myself; okay, these guys are pretty easygoing, nobody is going to chew my head off or start an ego-driven alteration.

So we start to drill, I get paired with Dominic, who is an assistant coach. First, we drill guard passes, and all my illusions about light summer rolling come to an end. We do a couple of standing guard passes and after a few drills, the practice is stopped by Dino who starts to demonstrate the intricacies of a guard pass. Honestly, although my Croatian is basically non-existent, Dino gave out detailed instructions to all the guys on the mat. These were about situation positioning planning and hacks for numerous scenarios. After the guard passes, we drilled side control positioning connected with passes, mobility, and transitions connected with everything we learned before. I must say that Dominik’s hundred-pound–side-control felt like two hundred.

Ok, we are going to have some Q & A at the end so I’m good. The drills were more interesting and demanding than I originally expected, and I mean no disrespect, these guys were technical and hungry with a large teen base, the share amount of enthusiasm and the technical process was surprising.  After the positional sparring in which I completely failed in defending Dominik’s guard passes(Over-under are kinda his thing) finally came free sparing.  Ok, now, I have a plan, Dom, here is a deep half guard player, so following him down could be a one-way ticket to the Adriatic abyss. After the initial futile attempts at knee slicing, I got swept, mounted, and submitted. Not much better the second time around.

Next, coach Dino pairs me with a white belt high school student. My confidence clouds my judgment for a few moments and I fail to read all the signals. Big, train signals. After being pulled, swept and arm bared within a minute, sadistically, I start enjoying the hell out of it. Looks like nobody cares that I just got tapped by a 15-year-old. After we find ourselves in the fifty-fifty position I got surprised by a first foot lock in months with some weird leg catching and hand combinations. Without any excuses, this is the first time something like this has happened to me. This kid is some kind of a prodigy or something…

After sparring with two white belts, who were around my weight or a bit below I asked Dino if he would spar with me. He gladly said yes and that was the real experience. So many combinations by Dino from Xyz’s number of guards were enough for me to arrange private training sessions with him for the next few days. I was interested in his De La Riva guard, combos, and all the entrances into leglocks. All I can say is that I’m impressed. I visited a lot of academies, but so detailed explanations in the 6 hours of private sessions that I got from Dino are hard to find. Not sure if I remember everything but I hope I will get to it once I’m back home.

After BJJ, more fun and BJJ

My next stop is Hvar (no gyms there) then Zagreb and I’m already looking for some BJJ gyms out there. As I can see there are a lot of them. I hope I’ll have as much fun as I had in BJJ and these beautiful cities of Split and Dubrovnik.

About the author: Matthew Polich is a Billings, Montana-based BJJ practitioner, BJJ Blue Belt, and freelance writer. After acquiring an MBA he works as a small business financial advisor. In his leisure time, Matthew spends on the two things he loves most: traveling and Brazilian Jiu-Jitsu. 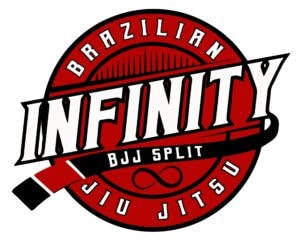