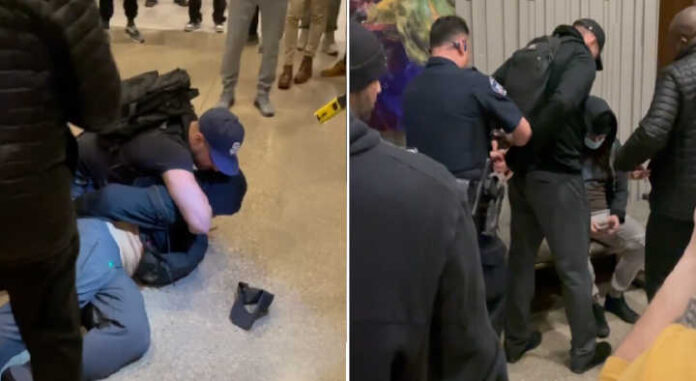 The suspect decides to run and gets stopped by BJJ blue belt.

According to the publisher of the video the suspect allegedly was selling fake cards to unsuspecting collectors during trade night @dallascardshow.

Fake cards supposedly included Michael Jordan rookie cards. This video was filmed minutes after they locked the trade night attendees in the ballroom because they were trying to identify the suspect.

Police escorted the suspect out of the ballroom and began to handcuff him when this happened.