Both Mike Tyson and Royce Gracie marked their time as the best in the world. But Tyson was much better known in the world and due to the popularity of box, he was considered the strongest man on the planet for a long time.

Things started to change when in the first UFC’s when Royce broke every single rule in martial arts. The world was in shock after one small dude showed some skills that were unknown to the majority of the population at that time. 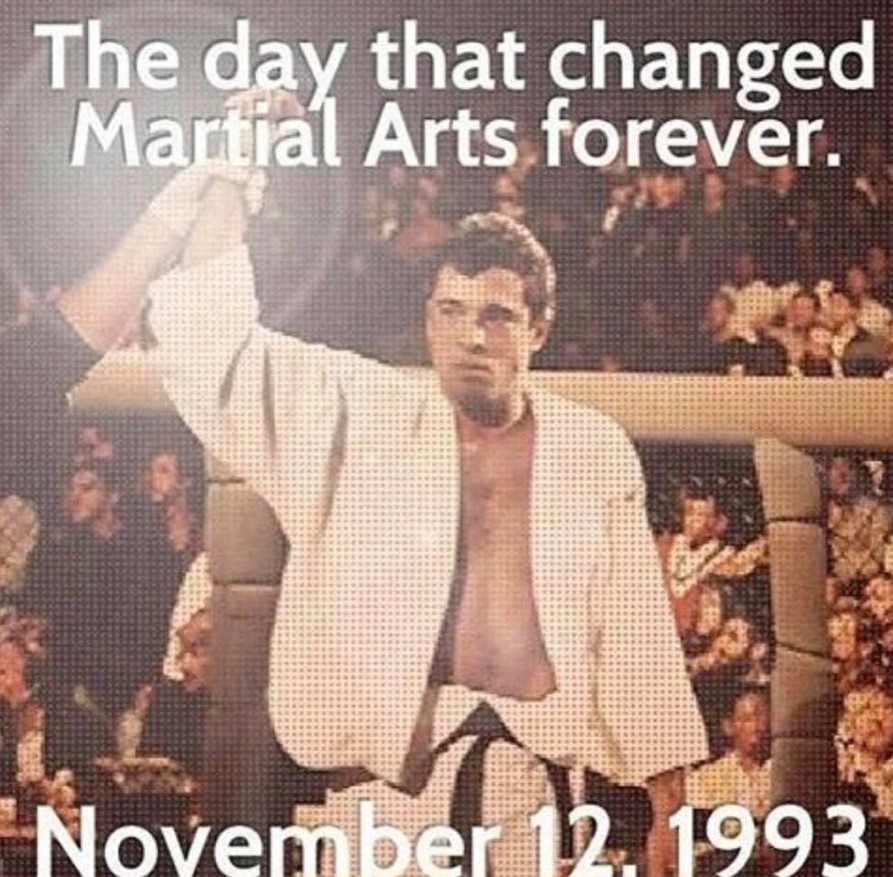 Back in 1993 when Royce won the first UFC after beating Art Jimmerson, Ken Shamrock and Gerard Gordeau Rorion Gracie claimed that blue belt in BJJ could beat Mike Tyson in an MMA fight. And the speculation about Royce Gracie vs Mike Tyson MMA fight started.

According to New York Times back In 1997 in an article named: “is Tyson a chicken?”, Royce Gracie Challenged Mike Tyson to a bare hands fight: “Mike Tyson is a good boxer, but he is not the best fighter, I am the best fighter.” Royce also says he’d try to take Tyson down to the mat and choke him.

Mike Tyson never responded to that challenge. At that time he was commanding about $20 million per fight and he probably didn’t want to give any publicity to Royce or UFC. But Royce did a good job of promoting UFC as the majority of the population never heard for UFC before that.

Years later Mike Tyson was asked by “UFC Tonight” host Chael Sonnen how he would have done in a fight against then-UFC tournament champion Royce Gracie, Tyson said he would not have possessed the technical tools to earn a victory against the grappler.

“Well, in ’93, I was in prison, so there wouldn’t have been a fight, but there is no way I would have won. I had no idea what was going on with that type of fighting and would’ve been taken by surprise”, Tyson said.

“I would have had to train in that particular art of fighting before that happened. That’s a particular art. You’re not going to go in there with just your hand and not have a great ground game. You also need a great wrestling game to be successful, and you won’t be exciting, as well. You have to have both games. You have to know how to wrestle and box. That’s just the truth.

Tyson admitted that if he had been offered the opportunity to compete in the first tournament (and if he wasn’t in prison) his ego would likely have forced him to accept.

“My ego would have told me I’m the best fighter in the world with all the particular fighting aspects, and I would have tried it.”

Anyway, who do you think would have won such a match? Royce or Tyson?