The end of the fight between Khabib Nurmagomedov and Justin Gaethje brought one interesting situation. In a situation where Khabib could go for Gaethje’s hand, something like at the end of the first round, the Dagestanian decided to transition to a triangle, which he used to force Gaethje to tap. It seemed like a good move, that is, a transition to a procedure that would end the fight earlier. But Daniel Cormier argues that this was not the reason for moving into the triangle, but that it was actually a generous reason.

Through the words of his friend and teammate, Khabib moved on to the second procedure because he thought he could injure Justin with an armbar. Cormier told this in his show with Ariel Helwani on ESPN.

“He told me that, looking at the interviews they were doing over the week, he noticed that Justin was saying he wasn’t going to tap in any way. He knew Justin had no intention of tapping. When he got to the end of the fight, it was his father’s favorite position, getting into the armbar from the triangle. It was his father’s favorite way to end the fight. So when he got into the grip he went to take the armbar. But he remembered what Justin had been saying all week and decided he doesn’t want to hurt him in front of his parents. So he went to the triangle on his neck and put him to sleep,” – Cormier said

You need to hear the reason @TeamKhabib switched from the armbar to a triangle against Justin Gaethje at #UFC254 🤯 (via @dc_mma) pic.twitter.com/jjCXgm3r3e

Gaethje brought his parents to Fight Island, which was their first departure from the U.S. and they spent the entire week with him. He also revealed that the proceeds from this fight will ensure that his mother never has to work again after his father recently retired. They followed the fight from the Flash forum hall.

If this is really true, it’s hard to actually find words for Khabib’s move. But, it is also difficult to think how good a fighter he really is, when in such a moment of struggle he can think about what intervention he will end up with the opponent. Fascinating! 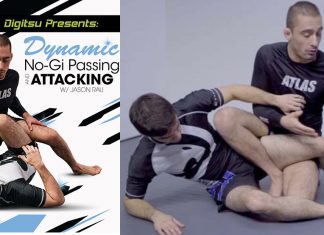 0
When you’re playing the top game in Brazilian Jiu-Jitsu, people usually see it in black and white. The standard version of the event takes...