When you have NO PLAN HOW TO FIGHT in Self Defense or even in a Street Fight YOU PLAN to FAIL.

This week we examine a real BJJ vs Boxing street fight to compare the approaches to fighting.

Brazilian Jiu Jitsu (BJJ) is a great martial art not because many of the fighters in Mixed Martial Arts rely on this form of fighting, but because it has a comprehensive approach to fighting whether in self defence, mixed martial arts, or in a street fight.

Boxing is also a great practical fighting art that many people prefer to rely on in street fights. Even more so than BJJ. This makes sense since boxing is a striking art compared to Brazilian Jiu Jitsu.

Yet BJJ at it’s core has a unique positional strategy that drives it’s approach to fighting, and this is what makes it difficult to fight or defend against.

In BJJ, the idea is to close the space to your body, control your body in order to tire you out then ground and pound or choke you. There’s a specific plan that every BJJ student knows and follows.

This differs from striking martial arts such as Boxing or even Wing Chun, as they function very differently to grappling styles.

This is a new series of how to fight analysis called FIGHT SCIENCE BREAKDOWN. We’ll be taking real footage and looking at the psychology behind the violence and how this affects your approach to self defense. 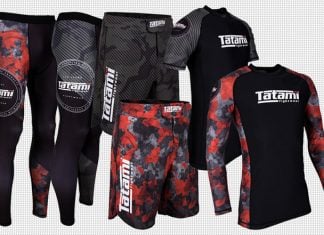 BJJ World - October 18, 2020 0
Training Brazilian Jiu-Jitsu requires specific training gear. When it comes to Gi training, it as easy as getting a few Gis and all the...