Nikolas Collier: A 17 year old (135 lbs.) Blue Belt in Brazilian Jiu-jitsu under 7 x IBJJF World Champion Samuel Braga and a Brown Belt in The Collier Method of Judo faces an adult (185 lbs.) Black Belt in Ninjitsu at the KBMA World Championships in Concord, North Carolina (13 May 2017).

This was the championship match in the gi-division. It was a 5 minute match / NAGA Rules. Nik and his brother Jeremiah were the only competitors at this event that were trained in Brazilian Jiu-jitsu and Judo. As far as we know, all of the other competitors were black belts in Hapkido, Ninjitsu, and Japanese Ju-jutsu.

Many of us have not seen a style-vs-style tournament since the early days of the UFC, so this was a very interesting event. The gentleman Nikolas Collier faced in this video told us he won the championship match last year with a score of 35 to 0. Even though there were various styles and backgrounds competing at this event, all the participants showed great courage and sportsmanship. 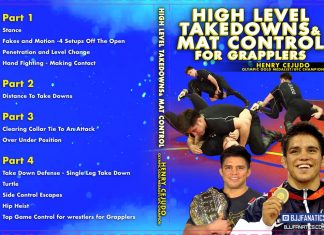