What is the hardest part of BJJ? Finishing submissions? Passing the guard? Holding mount? If I had to wager in, given my personal experience in training and teaching, I’d most definitely choose takedowns. In particular, I’d choose to finish a takedown someone has already set up. What is the secret behind getting a takedown in BJJ? It is pretty much the same as with any other terminal move, like a guard pass, sweep, or a submission: once you start, you need to see it through to the end. The idea with takedowns, since we spend only a fraction of the time working on them, is not to finish every takedown in an original manner, but have ways of finishing that apply to all of them.

Getting a takedown in BJJ is really a special thing. In a sport where you have the option to pull guard, not many opt for the brave version of events, which is standing on the feet and battling for a takedown. It is probably the most chaotic part of Brazilian Jiu-Jitsu, and with the sheer number of techniques borrowed from wrestling, Sambo, and Judo, things usually get overly complicated. Throw in the fact that you can’t just apply any takedown from other grappling martial arts in a BJJ setting, because of counters, submissions, and rulesets, and you have chaos. How do you make turn this chaos into a way that will help you finish any takedown in BJJ?

What Is The Best Takedown In BJJ? 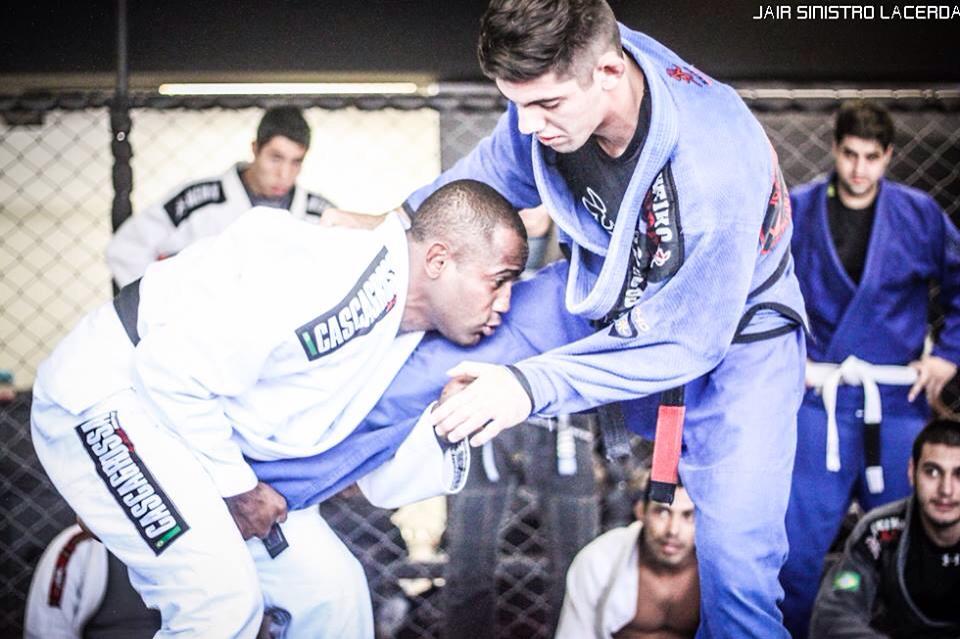 As long as you can take someone down, you have the best move right there. It may not be the move that is best for your training partner though, and that’s perfectly all right. BJJ is not intended to be a “one size fits all” type of thing. That’s why people struggle with making “high percentage moves” work. Sure, there is a mechanical advantage to certain moves in comparison to others. That doesn’t mean that there’s only one way of finishing them, though, nor that just one way will work for everyone. This is especially true for terminal moves, like takedowns and submissions.

Instead of looking around for obscure takedowns or trying to fit the highest percentage move into your game despite it not fitting won’t get you far. In fact, it’ll just encourage you to keep being/become a guard puller. What you should focus on instead is making the takedowns you can already get to work for you against different types of opponents, and in both Gi and No-Gi. There aren’t plenty of variables here, it is all about adjusting the ways in which you actually finish a takedown you’ve already set up. In other words, there’s more than one way to finish a single leg, and one of them is bound to work.

It is simple – when you are struggling with things, turn to the basics. Fundamental techniques will always get you a result. However, looking into fundamental concepts that make those techniques work in the first place, will actually make turn them into those high percentage moves you’re so desperately looking for. When it comes to takedowns, the furthest you can go back is wrestling. Taking a look at what makes wrestling moves successful is a great way of actually finishing a takedown in BJJ.

To that extent, there are three ways you can finish a takedown in wrestling. In fact, there are far more than three, but these are the absolute best options that are easily applicable to any takedown you decide to hunt for. Whether it is a double leg, single-leg, body lock, high crotch, or anything else, you have three different options of getting the fight to the ground. The best part about it is that you can flow from one finish into another and keep them coming in an endless chain as long as you can maintain the takedown position.

The name actually says it all: Takedown. It means you take someone and put them to the ground. Otherwise, it would be called a pushdown. This is a gross oversimplification, but a very necessary one. If you have a double leg takedown, for example, you don’t just have to look to trip your opponent. Instead, you can opt to lift them in the air, and then send them crashing down. And no, it won’t require any strength at all.

In order to complete the double leg takedown in BJJ with a lifting finish, you just need to lower your center of gravity, so that it is placed below that of your opponents. At that moment, you just stand up and you’ll pick them off the ground with no effort at all. For the finish, swing both legs to one side of your body. You’ll get both the takedown, and a few applause from the crowd. The same method applies to other takedowns like the single leg, or a high crotch.

Spinning or the spiral as they refer to it in wrestling is something we’re used to seeing when finishing a single leg takedown. However, there’s a method to the madness, and it takes more than just turning in a circle to get someone down with a spinning finish. The holy trinity here is keeping the shoulder stuck to their belt, having pristine posture, and keeping your elbows close to your ribs. Also, when you spiral/spin, your butt needs to go to the ground, rather than your head. What’s best is that you can use the same method to finish a rear body lock takedown, or a double leg as well.

Blocking is the simplest method of finishing takedowns. It is also the method we usually try to use with most takedowns we attempt, apart from the single leg. However, it needs fixing, since we’re looking to trip up people, rather than use the blocking finish to actually complete a takedown in BJJ. How does it work? Well, in a double leg, you already have it because of the grips. Your arm is blocking the leg of an opponent to the side. Once you identify the direction of the block, the rest is easy – take the butt of the opponent over the block. Boom, you have a successful takedown in BJJ. Single legs? No problem, just place the rear arm’s palm on the front of the standing leg and you have a block. You see where I’m going with this.

You can use lifting, spinning, and blocking to finish just about any takedown you attempt in Jiu-Jitsu. As long as you’ve got the grip fighting, entries, and takedown position right, the hardest part – finishing, is actually easy if you just juggle between these three options. Apart from working for every takedown in BJJ, they also work as a chain, or even in combination to ensure you get people down. The best part is that you don’t have to remember a bunch of different finishes for every takedown – just give any or all of the three a try, and you’ll get your points and top position!