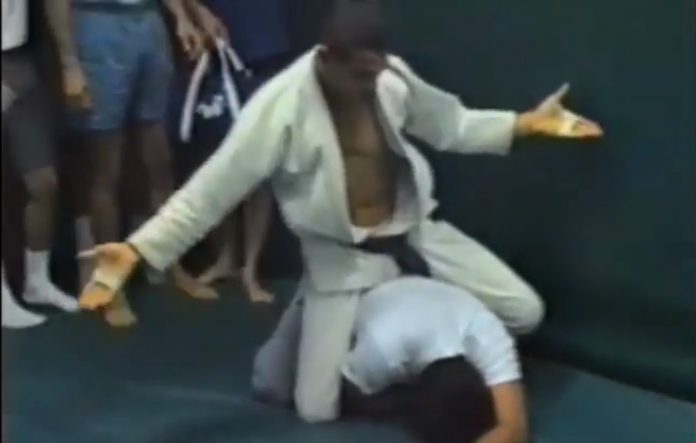 In this video we can see a Kenpo and Karate Black Belt instructor tries his skills on Jiu Jitsu Black Belt and BJJ Legend Royler Gracie.

With 25 pounds disadvantage Royler Gracie had no problems against Kenpo, Karate martial artist who claimed he developed street lethal style. As you can see Kenpo representative had no chance. Once he was taken to the ground he simply did not know what to do. Few hits and he’s reminded that limiting his training to only punching and kicking left him completely defenseless against painful reality of ground fighting.