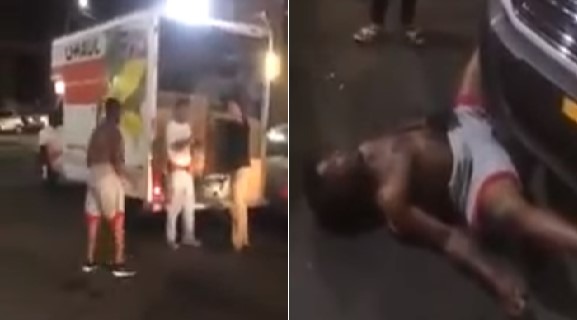 As you can see in a video it didn’t take a lot for, probably, MMA practitioner to take down and knock out a guy looking for a fight.

You can’t know who you’re dealing with these days…

Von Flue Choke Put an End to a Street fight