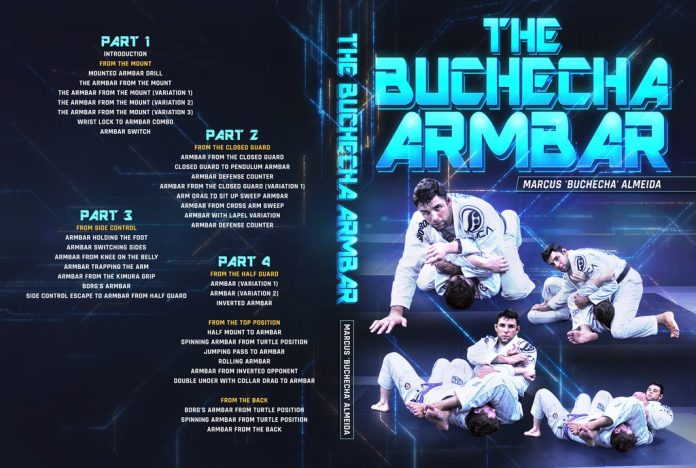 en the world’s most decorated grappler has something to say, you listen. The grappler in question is, of course, Marcus Buchecha Almeida. What he has to share now are all his tips and trick on executing one of the most recognizable submissions in BJJ – the armbar. Buchecha is a known finisher who does tend to go for the classic moves. His “The Buchecha Arm Bar” instructional is the first time that Almeida shares so much information on one submission move and in such detail. Keep reading for a full in-depth Marcus Almeida Buchecha DVD review of his latest BJJ instructional.

Lately, there hasn’t been much to do but watch instructional. However, since we’re back up and running with classes (yeeey) it is now time to put what we learned to the test. That, and choosing a few instructional that we can watch, now that we don’t have all the time in the world to do so. My pick is most definitely “The Buchecha Arm Bar” instructional, at least in terms of submissions. As you’ll see from our Buchecha DVD review, this is one of those DVDs that you quickly become obsessed with.

The Highest Percentage Submission In BJJ

Do you know what the highest percentage submission in BJJ is? Of Crouse you do, you’ve already read our article on that subject. For those few who still haven’t done so, I’ll cut straight to the chase – it is the armbar. More specifically, the straight armbar. Done either form bottom or top position, no other move has resulted in more tap outs in grappling and BJJ than the armbar. No wonder the most decorated grappler ever is so keen on using this move. Lucky for us, he now decided to share his secrets and experience in arm barring people. 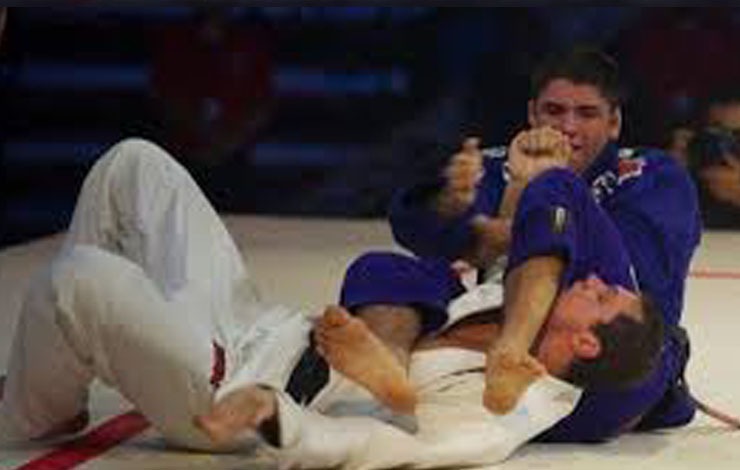 The versatility of the armbar as a submission is beyond any doubt. A move that you can catch from just about any position, and one that happens to work the same on people of all belt levels. Not only that but the armbar’s mechanics area easy for people to understand and replicate, meaning it has a really small learning curve. Plus a solid armbar setup and a tight finish look beyond cool.

Buchecha’s take on the armbar is slightly different in certain aspects to what we’re used to., And that is exactly what I was after the first time I saw “The Buchecha Arm Bar” is available. After all, it is the details and experiences of one of the best in the world that really makes his armbar setups and tactics stand out. In fact, so many things made sense, that I had to stop writing the Buchecha DVD review several times as I went through it, and tried stuff out on my wife. Risky, I know, but this DVD is that good!

Buchecha was quite on the DVD instructional front for a lot of years before coming back with a bang. So far he issued a DVD on his famous half guard system, as well as titles on the subjects of Gi takedowns and the folding pass. This last one was of particular interest and use to me personally. However, in the absence of a leg lock DVD (for now), I have to admit that “The Buchecha Arm Bar” instructional made me happier than all of his previous ones.

The instructional itself follows the by now standard pattern of 4 DVDs and a progressive organization and interpretation of the material. As you’ll see from the detailed Buchecha DVD review below, he decided to keep things simple. each part of the covers armbars from one of the best positions for hunting: mount, guard, and side control. Only the last volume contains several different positions (half guard, back, and top position) but that’s understandable given that the primary armbar positions are covered before.

The mount is the quintessential position in Jiu-Jitsu for setting up an armbar submission. Buchecha kick “The Buchecha Arm Bar” off with drill that will help you figure out the motion of transitioning from a full mount to an armbar. In other words, the most crucial portion is taught first.

A full explanation of the armbar as a submission follows. Buchecha really shares some insights here that have never been put in a context like this. A few (three, to be precise) armbar variations follow, covering not only ways of getting to the spot, but also finishing and preventing the partner from escaping or defending. A very neat wristlock announces the end of this volume, but not before Buchecha explains how to switch armbars from mount like nobody before. If you’re a fan of that (like I am) you’ll have a field day with just this one chapter of the DVD.

The closed guard is a spot where people tend to hunt for armbars often. The problem is, they rarely manage to finish. Well, it is safe to say that this DVD will put a stop to that. Gone are the days when people could sneak out or power out of your closed guard armbar attacks.

Buchecha follows the same pattern as before, talking about the mechanics of the submission first. He then covers that pendulum armbar and a few counters to common defenses. This is the portion that will be particularly useful to people that are new to Jiu-Jitsu. During the Buchecha DVD review, I had to stop and take some serious notes in this part.

A few variations later, Buchecha moves to explore masking armbar setups with sweeps. The arm drag sit-up sweep, cross arm sweep, and several armbars with lapels round this volume up.

Armbars from side control are cool, given that the setups usually look very impressive. They’re also a bit harder to set up compared to the guard or mount, given the dynamic nature of side control. However, Buchecha has the answers to everything lined up in “The Buchecha Arm Bar” instructional. 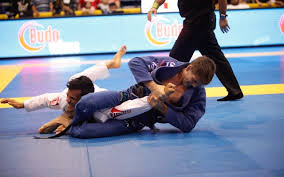 The armbar that involves holding the foot, is one of the slickest ways to completely render an opponent defenseless that I have ever seen. Coming right after are details on switching sides from side control, which is seven more important than in the mount. Knee on belly armbars, Kimura grip armbars, and other stuff we’re used to also get third time under the sun here. However, so do some more unorthodox moves, like the trap armbar and the Borg armbar, for example.

Rounding off the instructional, and our Buchecha DVD review with it is the volume that contains information on getting armbars from any other position apart from the above three. The half guard offers several variations of an armbar, and Buchecha spends time explaining each.

When it comes to top position, expect a lot of movement with jumping passes and spinning armbars against the turtle. There’s even a way to armbar an inverted opponent, which is something that’ll come in really handy in the modern BJJ game.

Finally, it is back control and a few armbar setups from there that marks the end of this instructional. Once again, Borg’s armbar makes an appearance, followed by two more variations: the spinning and regular armbar setup from back control.

Buchecha spends a lot of time on setups in his “The Buchecha Arm Bar” instructional but does not skip over the mechanics of the move. In fact, he explains the mechanics much better and more precise than anyone else. Since this Buchecha DVD review, I’ve managed to use several of his concepts and techniques to get armbars on people that I usually can’t catch with that particular submission. This stuff works!