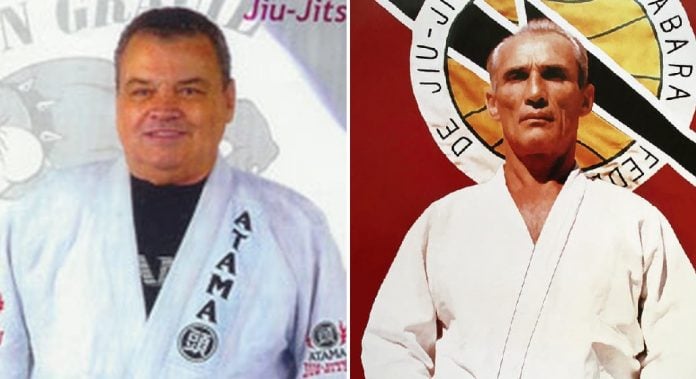 Back in 2000 Carlson gave an Interview for O TATAME about the problems in their family, family achievments and his relationship with Helio and other Gracies. It’s one of the most controversial interviews for Gracie family ever. You can check the full interview on THIS LINK.

The most interesting part is where he speaks about Helio and Royce.

T: What’s the reason for your disagreement with Helio Gracie?

Carlson Gracie: I have nothing against him, the only problem is that he’s going around telling lies, you know what I mean? He goes around saying that his sons are the biggest & best fighters in the world and that they discovered the invincibility. His students lose everything here in Brazil. OK, Royce did well in the U.S. He beat everyone there, but no one knew anything then. Here in Brazil, I’ve never seen Royce win ONE championship. He lost to everyone. He lost to De La Riva, who was so much smaller than him. He tapped out to Paschoal. He’s a good fighter, but never won anything here. He’s not this “phenomenon” that they talk about.

T: How is the relationship with your family? What do you think of the accusations that Reylson made against you?

Carlson Gracie: Reylson is mentally retarded, crazy, and should be in a mental hospital. I have no answers for a famigerado (asshole, troublemaker). About the rest of the family, everything is fine right now. Even though there’s little things that I don’t agree with. But in the ring, I don’t care. My Jiu-Jitsu is completely different from theirs, my technique has nothing to do with “Gracie Jiu-Jitsu.” I AM CARLSON GRACIE and that’s the way it is in the ring. Who ever shows up on the way in, is going to have to fight against my fighters.

You can also check out the full interview of Carlson:

Carlson Gracie – The Most Controversial Interview in Jiu Jitsu ever